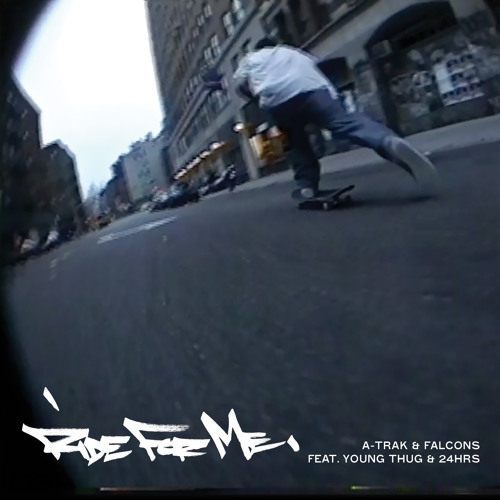 A-Trak has a long-established reputation for spotting talent early. His first studio sessions with Young Thug date back to 2013, when hugger only had a handful of tracks on YouTube. Over the years they accumulated a stack of songs, and developed a real friendship, too. Finally ready to start revealing this material, A-Trak chose “Ride For Me” for its jaw-dropping (and possibly jaw-breaking) vocal performance. You’ve never heard Young Thug like this.

His voice is elastic, self-distorted, at times barely human or intelligible, and at other times familiar and bouncy. As a turntablist and sound manipulator, A-Trak was entranced by Thug’s shape-shifting. To round off the song, Trizzy brought in another close friend with an otherworldly voice, Atlanta’s own 24hrs, along with fellow beat innovator (and rising Fool’s Gold star) Falcons on the production tip. “Ride For Me” is a speaker-busting rollercoaster ride that defies traditional song structure and will playlist your whole year.