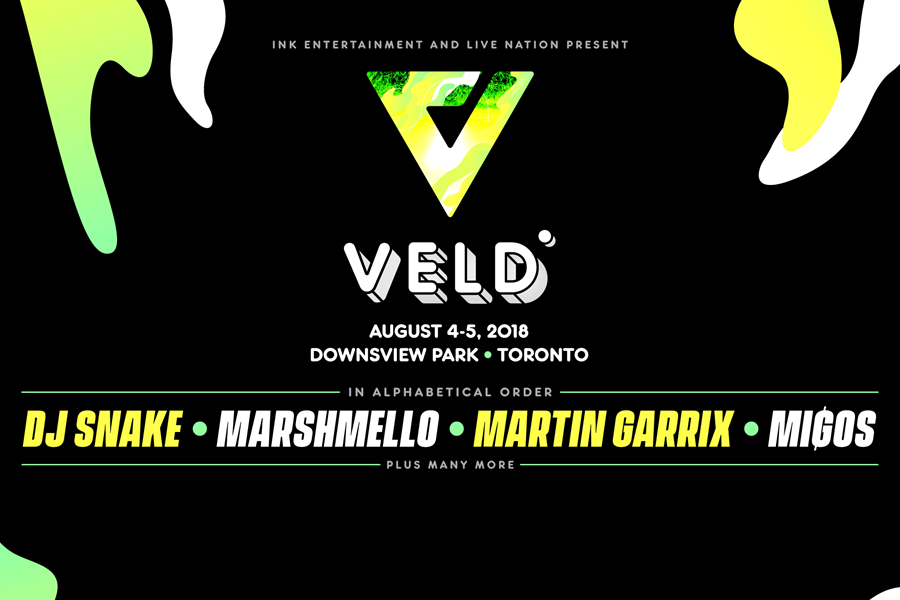 Following the disappointing trend of electronic festivals shifting away from pure-EDM lineups and adding more hip-hop and rap, and repeating their lineup last year, Veld Music Festival has released a rather disappointing Phase 1 main stage lineup. What started as a pure electronic festival, Veld has now devolved into a mixed lineup likely to appease more people and maintain steady attendance.

This year the main stage artists are French producer DJ Snake, pop-electronic sensation Marshmello, #1 DJ in the world Martin Garrix and hip-hop trio Migos. Migos were a secondary headliner at Veld last year, obviously well received a probably a sign of more hip-hop artists to come when the rest of the lineup is revealed.

Martin Garrix just played the closing ceremony of the Olympics and will be busy touring this summer, playing EDC Vegas and Tomorrowland while maintaining his residency at Omnia. Marshmello, who has been making more hip-hop lately with his electro-pop styling, is another big name to draw a wider audience but falls for short die-hard EDM fans who miss the old Veld lineups.

Veld is always held on the August long-weekend in Toronto, Ontario at Downsview Park, landing on August 4th and 5th this year. Pre-sale tickets are being sold on Thursday and regular tickets go on sale Friday, you can get them here.