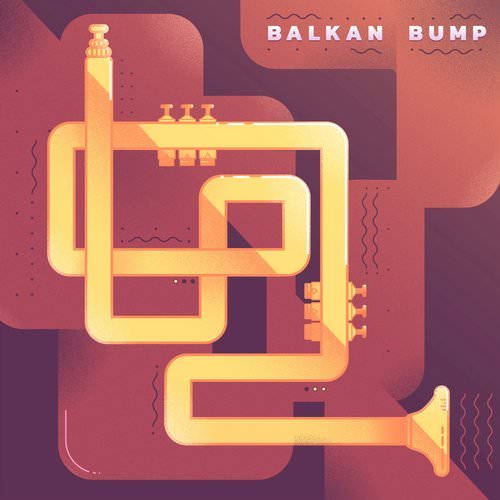 Will Magid a.k.a. Balkan Bump is the latest impressive talent to come out of Gramatik‘s Lowtemp Records. Described as a “trumpet player, producer, and ethnomusicologist,” Magid has an ear for the groovy flow that Lowtemp is known for. His fantastic electronic arrangements are taken to a new level by his mind-blowing skills on the trumpet. Bringing the “energetic Balkan brass” to bear, Balkan Bump’s debut self-titled EP stands out with a unique swing and flair.

The Balkan Bump EP contains four gems, two of which his fans may already be familiar with. ‘Ifran‘ featuring Paul Bertin saw its release in 2017 as a single. Magid’s original track with Talib Kweli, ‘Aymo,’ also appears on the EP. A remade version of ‘Aymo’ with support and input from Grammatik was also released in 2017.  The original song has a more chill electronica feel and emphasizes Kweli’s lyrics more than the second version.

The two new tracks are purely the brainchildren of Balkan Bump. ‘Judaeo Slang‘ sways through a trippy soundscape reminiscent of “south-eastern Europe” while ‘Wonderland‘ closes out the EP with a deeper, darker feel to Magid’s composition. Although these two tracks don’t contain name recognition from collaborators, they pack the same amount of punch as the other tracks on Balkan Bump.

You can listen to Balkan Bump’s debut EP in the link below. You can also download ‘Ifran’ for free with this link! Let us know what you think about his solo tracks and what you think of the original version of ‘Aymo’. And like many of the more funky, groovy electronica acts today, Magid has his own live show. With an impressive performance that debuted at Grammatik’s Terminal 5 show on New Year’s Eve, you won’t want to miss Balkan Bump if you have the chance. You can catch him on the last leg of Grammatik’s Re:Coil Tour now.