Do LaB has released their lineup for their Beacon stage at Coachella this year, compiling a list of house and techno legends with rising stars in the experimental side of electronic music.

This year, the artists they have invited include Behrouz, Chris Lake, Lauren Lane, John Monkman, and Sage Armstrong. To sweeten the lineup, catch back to back sets from Dirtybird favorites Ardalan B2B Sacha Robotti and Christian Martin B2B Worthy.

Known for being the bohemian oasis in the Coachella Valley for the past 14 years, this year Do LaB will also feature a new artist from their label, FISHER. The stage has a history of hosting rising talent. Even after releasing this extensive list of respected artists, Do Lab is a stage that Coachella attendees won’t want to leave as they have a history of throwing surprise sets.

Walk over to the Beacon with an open mind since the stage has hosted legends like Skrillex, Richie Hawtin, Bonobo and more but also provide the grounds for avant-garde electronic music to shine. Genre breaking artists such as EPROM, OSHI, Luca Lush, and Yahtzel are also on the lineup. Live acts Basstracks, Anabel Englund, and Monolink are among the many slated to perform their multi-instrumentalist set at Do LaB this year.

Do LaB’s goal has been to bring more avant-garde sounds to Coachella and puts together a talented lineup of icons and rising stars. In the past decade, their lineup has included the likes of Bassnectar, Odesza, TOKiMONSTA, and Gorgon City.

To host the brightest talent in the electronic music scene, the Beacon structure is of course an architectural marvel and a stage not to be missed. Its vibrant colors, extraterrestrial features and captivating music beckons attendees to dance with the funkiest beats or take shade under the pagoda.

Check out the full Do Lab lineup below! 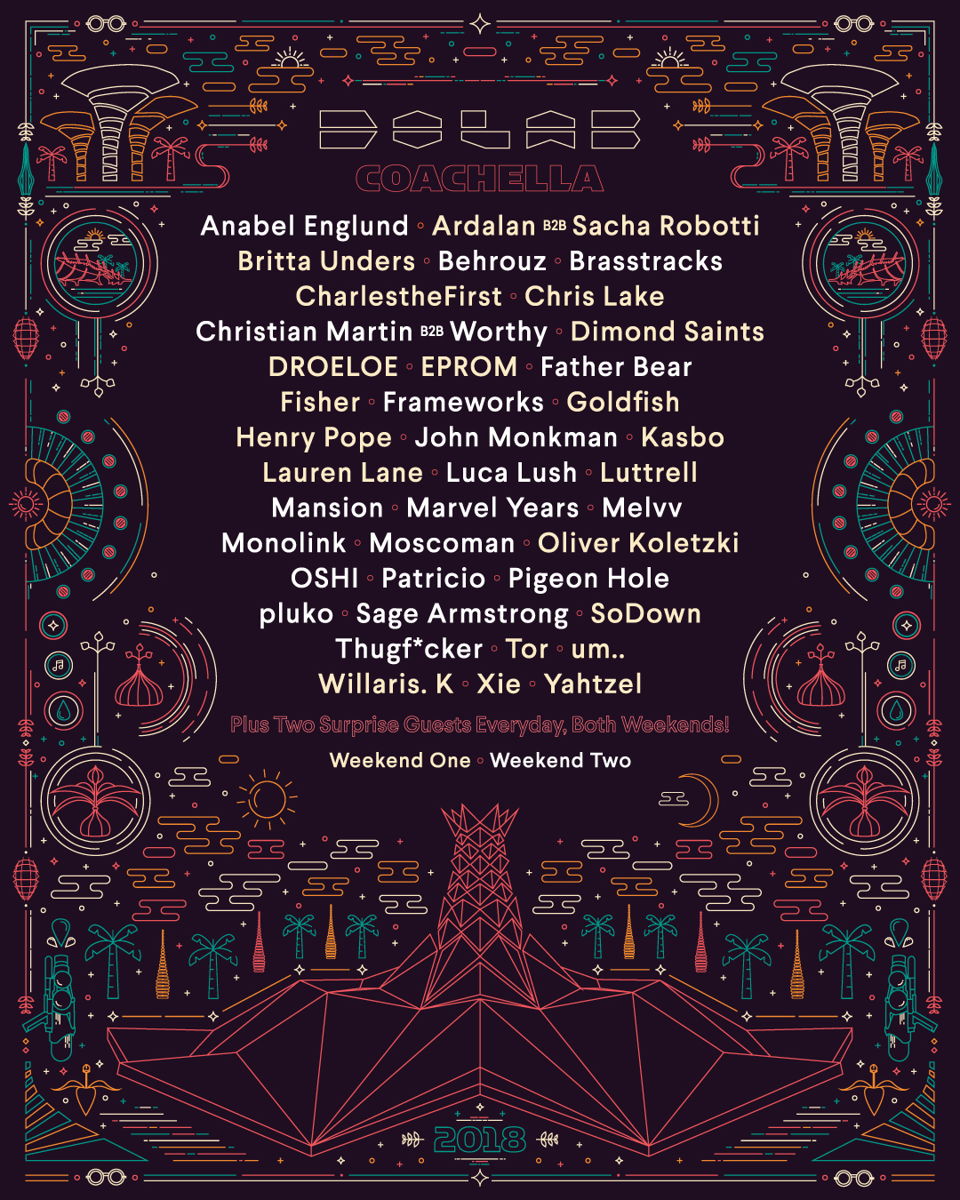