Scooter Braun, the talent manager responsible for launching the career of Justin Bieber, and currently managing the likes of Kanye West, Martin Garrix, Ariana Grande, and Swedish House Mafia member Steve Angello, was on hand with his client at Ultra Music Festival as he reunited with his best friends to play the first Swedish House Mafia set in five years. Rumors were rampant leading up to the “surprise” performance, and many have been wondering if the legendary set that occurred on Sunday, March 25th would be a one time reunion of the trio, or if this was a signal of a full-time reunion for the three Swedes. Braun, well known to be an ace at facilitating longterm success stories with his artists while keeping the public relatively in the dark, took to his Instagram story following the set, and hinted, essentially confirming that the Swedish House Mafia reunion at Ultra Music Festival on Sunday was “the beginning” of something much larger. 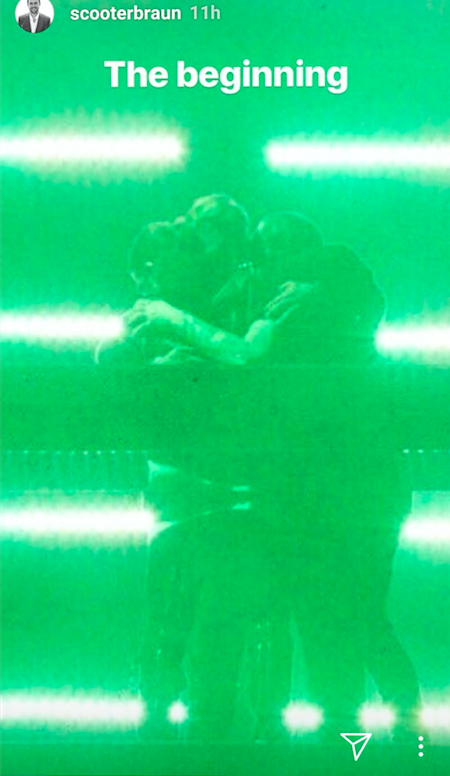 The post does not explicitly say anything, which is is exactly how Braun tends to operate with his clients. He is incredibly savvy at building hype for his artists while truly not revealing anything at all. What we do know is this: It is reported that Swedish House Mafia played two unreleased tracks in their set, including one with the lyrics “don’t call it a comeback” about 30 minutes into their set, and they also created new merchandise that Axwell, Sebastian Ingrosso and Steve Angello were all wearing during the set.

While we won’t truly know what is to come from Swedish House Mafia until we get an official announcement, it appears a lot is in the works. Our own industry sources have also indicated that this is NOT just a one time thing. Are Amy Thompson and Scooter Braun about to create a powerful partnership to manage the trio? Is there really new music? Is it really going to be really Swedish House Mafia for life this time? The Swedish House Mafia hype is at an all time high right now, and we will continue to update as more details about the reunion are revealed.