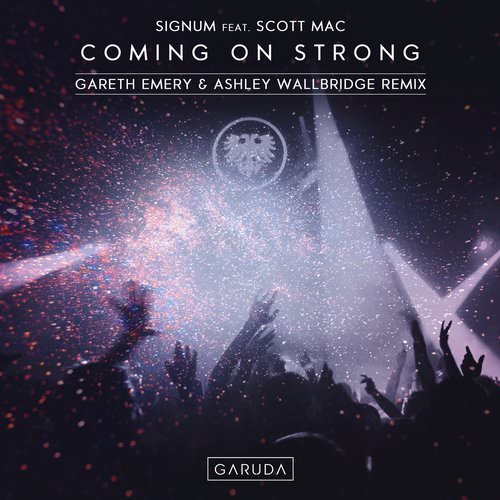 Gareth Emery is back after his track ‘Saving Light‘ won the A State Of Trance Tune of the Year for 2017. This time he’s teaming up with his new partner on Garuda, Ashley Wallbridge. Their remix of Signum‘s ‘Coming On Strong‘ is their first collaboration as co-owners of the label Emery started. And if it is any indication of the direction of the label, we have much to look forward to.

The remixed version of ‘Coming On Strong’ still relies heavily on the vocals from Scott Mac. But Emery and Wallbridge give it a gritty, high energy, modern day twist to the 2005 progressive trance tune. Fans familiar with the pair’s work will undoubtedly notice their trademark sounds. A melodic airy breakdown is added in the middle that makes the second drop much more intense and emotional.

Listen to Gareth Emery and Ashley Wallbridge’s remix of ‘Coming On Strong’ below. You can purchase it now through the Garuda label. Let us know whether you prefer the original or the remix and tell us why!