In April 2012, VELD Music Festival took Toronto by storm. The two-day EDM festival was held in Downsview Park and attracted tons of party-goers and electronic music fans. The initial line-up included notable acts such as deadmau5, Avicii, Bassnectar, Aly & Fila, Gareth Emery, Steve Angello, Knife Party, and Cosmic Gate. These were the good old days when it was strictly electronic music, and DVBBS opened the tent at 1pm, instead of headlining the mainstage.

In 2013, the lineup got even better as Above & Beyond, Kaskade, and deadmau5 headlined the festival. However, as the years went on, the festival, much like the weather over the festival weekend, went downhill. 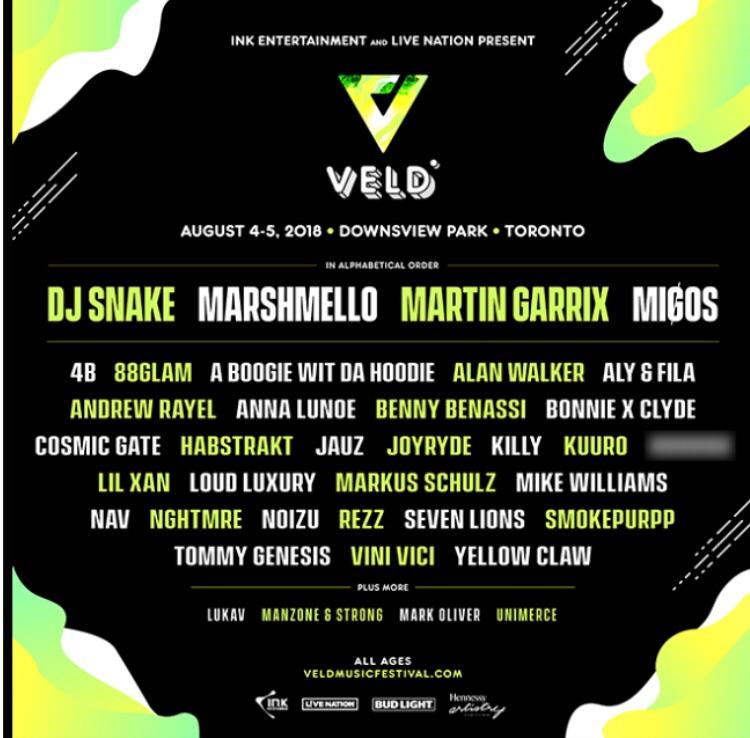 Among all of the weird hip-hop acts added to the bill, there are some diamonds in the rough.

This all goes down on Saturday, August 4th, and Sunday, August 5th, 2018. 2-day GA and VIP passes for VELD are on sale now. You can purchase your tickets here.