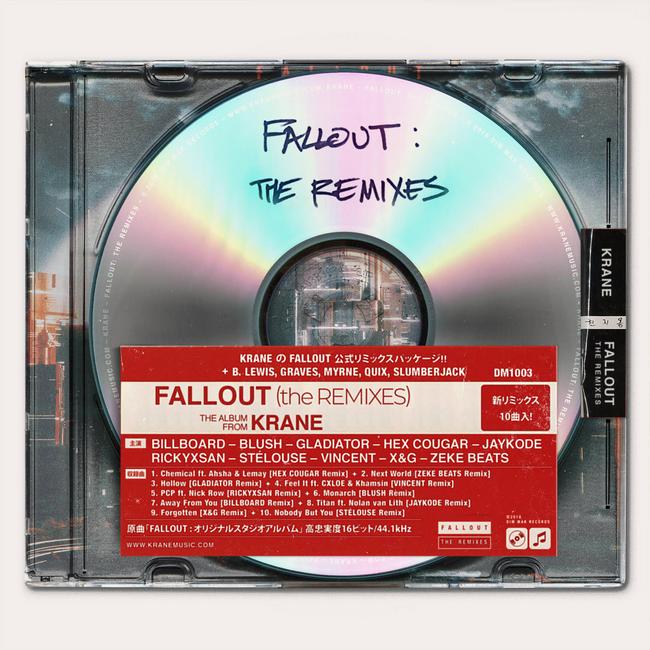 Canadian producer Vincent today released his synth-ladened journey of a remix for KRANE’s “Feel It feat. CXLOE & Khasmin”. The track today is premiered ahead of the official remix album for Krane’s 2017 record “Fallout”. Fallout now receives remix treatments from electronic artists across the spectrum, from Gladiator and Rickyxsan, to herculean super-producer Billboard.

Vincent on his remix:

“When the opportunity came up to remix a record off KRANE’s LP, I agreed without hesitation. after getting the remix started at home, I went to the Dim Mak studios to crank out the rest. Instant inspiration is something that I find very difficult to capture and translate, yet after working in different environments for four straight days my original inspiration remained intact. This remix almost doubled the amount of individual tracks I’ve put into any project and I believe it embodies what I set out to create; something bigger.”

Fallout: The Remixes are due tomorrow, 3/30 via Dim Mak Records, but for now, let Vincent steal the spotlight, even if only for a moment.