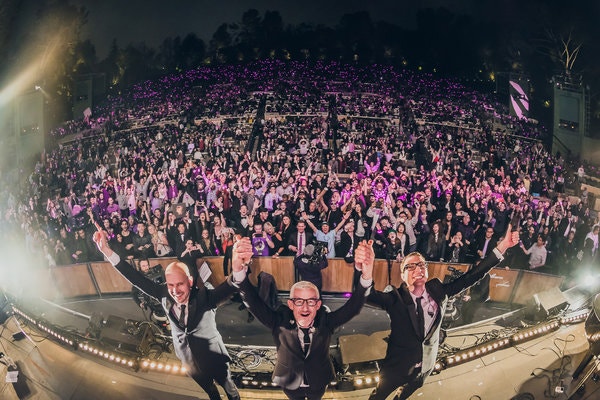 Above & Beyond’s first feature film documenting their acoustic tour is now available to watch worldwide on iTunes! ‘Above & Beyond Acoustic -Giving Up The Day Job’, directed by Paul Dugdale (The Rolling Stones’ ‘Olé, Olé, Olé’) for Scheme Engine and Myles Desenberg for Archer’s Mark (BAFTA nominated ‘Notes On Blindness’) follows Paavo Siljamäki, Jono Grant, and Tony McGuinness as they leave the DJ booth and prepare for a once in a lifetime performance at the Hollywood Bowl in Los Angeles, CA (Below).

Additionally, the feature film includes a full length video of their performance at the Hollywood Bowl back in 2016. The highly recognized film gives fans a behind the scenes look at how the group prepared for the revolutionary concert. Performed with a 34-piece orchestra, Above & Beyond’s Hollywood Bowl performance, without a doubt, displayed their musical talent. Let us know what you think of the film!

‘Above & Beyond Acoustic: Giving Up The Day Job’ (Trailer):