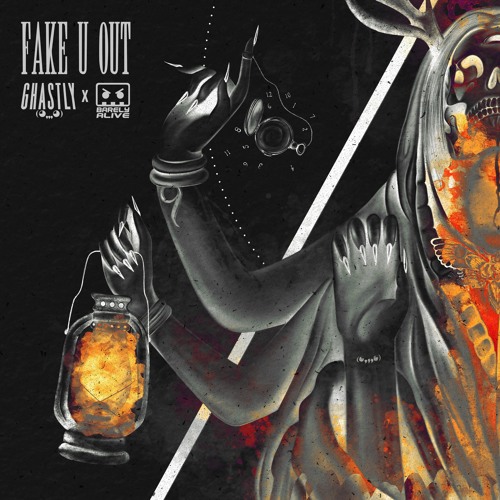 Ghastly & Barely Alive- Fake U Out

Hard-hitting trap producer Ghastly has teamed up with Massachusetts-based duo Barely Alive for a wild new single titled ‘Fake U Out’. Ghastly has become one of the major trap and bass producers in the business, seeing releases on OWSLA, Dim Mak, and Mad Decent. Barely Alive have started making a serious name for themselves as well. They’ve either collabed or remixed for Zomboy, DallasK, Excision, and Getter. Only seems right that these two teamed up for such a bass-busting track.

‘Fake U Out’ certainly lives up to the name. Fifteen seconds into the song, a bouncy future bass sound jolts through track, making the listener think this is another track like ‘Chicken Soup’. But then suddenly the song breaks down, and vibrant synths build up into an epic drop. The first sound is back to the future bass, then quickly switches into a bass filled trap beat. But once the song breaks down again, it switches back up into an electro-future drop that explodes through the speakers. Definitely a wild song to hear live. Check out ‘Fake U Out’ below.