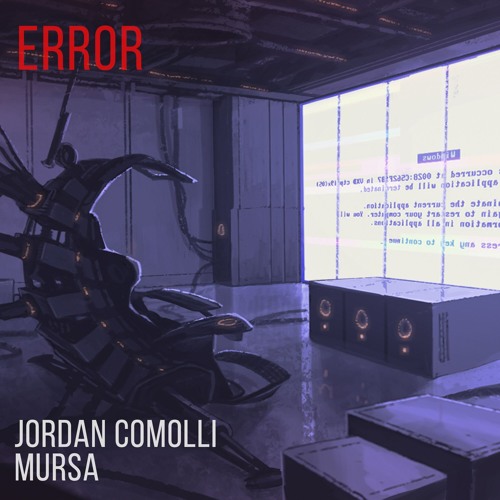 Today we have a real trap banger for you from the young guns Jordan Comolli and Mursa with “Error,” a perfect embodiment of experimental trap music. The track starts off proper with a creepy melody. A deep, high-pitched pluck with a dark atmosphere pave a clear path for a disturbing drop. Analog sounds, chant-like vocals, and the continued dark atmospheres prove the versatility in both Jordan Comolli and Mursa’s sounds.

Jordan Comolli is a 19-year-old British trap producer who’s shaking up the industry with infectious and pummeling trap productions. Quickly receiving support from Run The Trap, Skrillex’s OWSLA Radio, MAKJ, Arty, and Alison Wonderland. Cameron Mayo, better known by Mursa, is an American electronic music producer who was born in Arlington, Texas. At 15-years-old, he picked up producing music. His sound raises the bar for dark, ominous, and grimy bass music. His musical and sonic diversities allow him to effortlessly weave between dubstep, trap, hip-hop and even rock. There’s no doubt these 2 will be big one day.