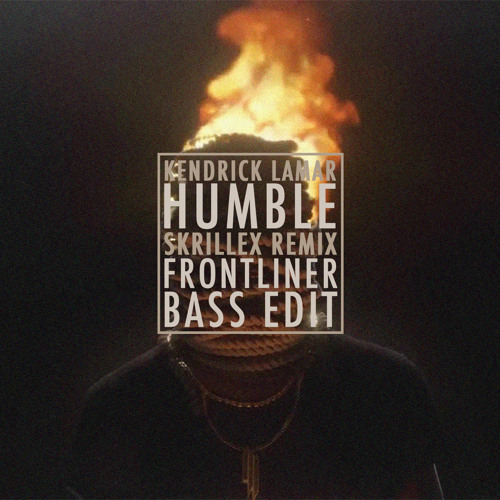 Oh snap Basscon heads! Dutch Hardstyle producer, Frontliner, just released his bass-heavy edit of Kendrick Lamar’s ‘HUMBLE (Skrillex Remix)‘. After massive demand from Frontliner’s acolytes, this remix of a remix is here to blow your mind. He postponed his new solo track ‘Praise The Reversed Bass‘ just so he could debut this for you.

The “Melodyman” has always been a Kendrick fan and of the original song. However, when Skrillex released his remix, Frontliner jumped at the opportunity to add on to it. Combining his sublime melodies and intense basslines harmoniously, he continues to spread his unique sound.

The track starts off as normal with Kendrick’s rapping. Then a Tetris sound bit enters and the menacing bassline begins. A deep, hard-sounding kick drum builds with intensity and the drop hits you. Intense faded bass accompanies the beat as your head bangs to this chorus. Fists bump to the distorted horn sounds as the second verse comes in. Elements of Skrillex’s wobble bass interject at times and combine with the rhythm and groove of hardstyle.

Barry Drooger is no amateur to the genre. He takes you on a journey with this edit. Capping the track is the same hardstyle bass that gets you shufflin’, or “stampen” as the Dutch do. Recently Drooger released a sample of his lifework of bass drums and effect sounds. It’s been so influential that legendary EDM artists have started using them in their productions.

Barry’s plans for the future are clear: steal people’s hearts through music all over the world and enjoy every moment of it. Get in on the hype and stream the track below!