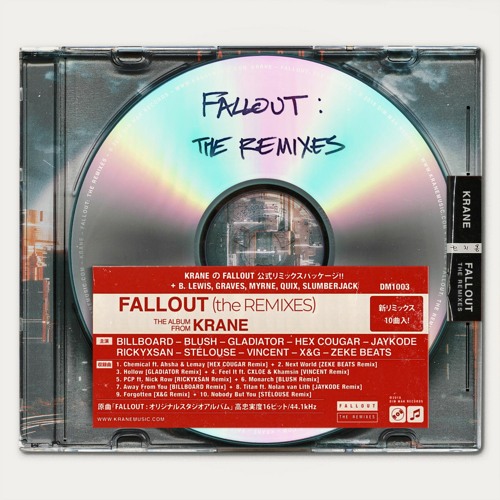 Ever since his name had only one vowel in his name, KRANE has been putting out heater after heater. His debut album, Fallout, which dropped to critical acclaim, was no different. And now he’s releasing a remix package of that album featuring some of his best friends. And let me tell you, KRANE has got some pretty awesome friends. Included in this remix package are the likes of Hex Cougar, Zeke Beats, Gladiator, Vincent, Rickyxsan, blush, Billboard, Jaykode, X&G, and StéLouse. If that’s not a stacked group of remixing producers then I don’t know what is.

With that being said, the most important thing about this remix package is that it’s so much more than a simple handful of producers remixing the same song. The best part of it isn’t just one standout remix. It’s the fact that you get to experience the journey of KRANE’s original album from start to finish with ten different interpretations of each of the stops on the journey. For that reason this was definitely a special album.

Give the remixes a listen below and let us know which one was your favorite.