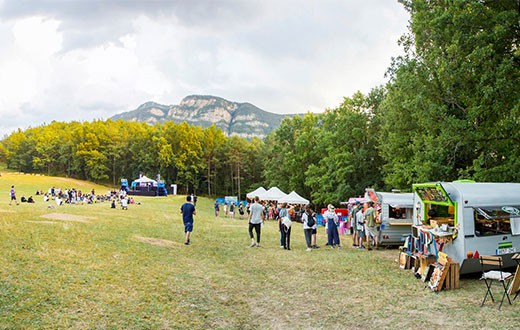 Gathering techno-lovers in the Pre-Pyrenees Mountains, one hour and thirty minutes away from the city of Barcelona, Paral•lel Festival is making waves by allowing their future attendees to use cryptocurrencies to purchase food & beverages, tickets, and merchandise.

The third highly anticipated edition will be held between August 31 and September 2nd, 2018. The second wave of the lineup has recently been announced. On the bill are talented acts such as Dasha Rush, Valentino Mora, Forest Drive West, among many more. Party-goers will want to grab their tickets ASAP!

The groundbreaking new way to buy some of the best aspects of the event will contribute to the development of cryptocurrencies in support of Bitcoin, Litecoin, and Ethereum.

Foreign fans from Australia, USA, Japan, Europe, and many more will also benefit. Some may even say more so than others. Using cryptos is much faster and does not include any existing commissions for them.

We look forward to seeing if more international festivals will jump on the cryptocurrencies bandwagon. It’s undeniably revolutionary!