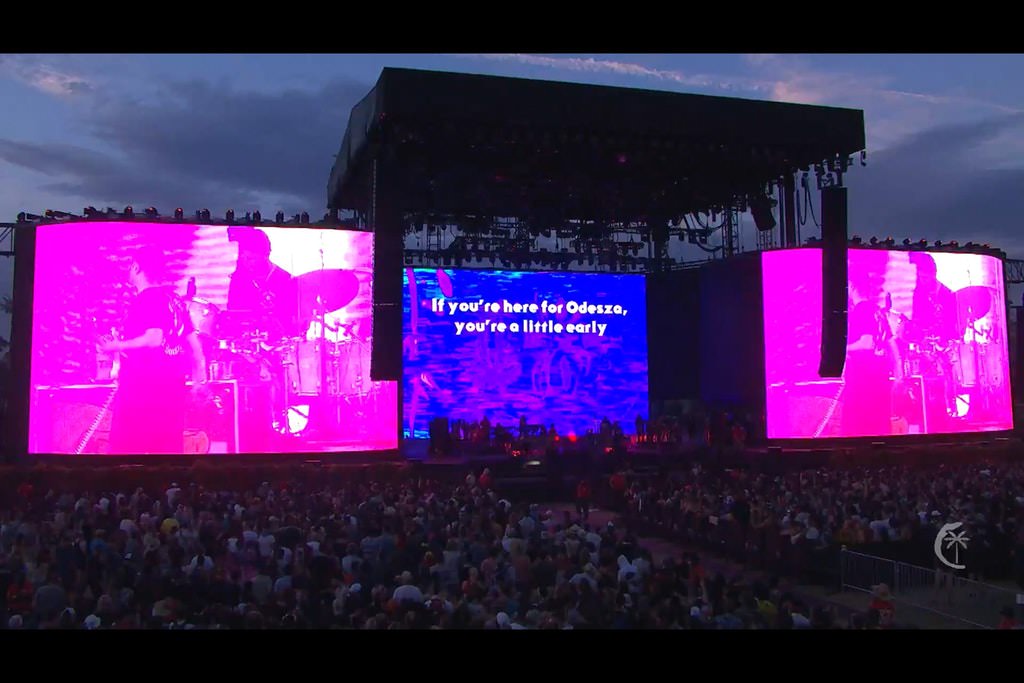 For many musicians, being asked to play at a huge festival like Coachella is probably at the top of their bucket list. Even if they’ve played the big stage, there is a reason why they got there in the first place. Seeing their fans being entertained is one of the biggest reasons some artists leave their studio at all. So you can imagine how Portugal. The Man felt when their entire set at Coachella was swamped by Odesza fans who weren’t even making an attempt to enjoy the music. So the band decided to throw some shade as seen in the picture above.

Fans camping out at a stage for a big name performer is no strange occurrence at a festival. Bassnectar fans are notorious for this behavior. Completely uninterested in anything going on throughout the day, the “Nectar Fam” will camp out at a main stage for hours at a time. Unfortunately, now it seems like Odesza fans are following suit.

Wanting to be front and center for your favorite artists is understandable. Camping out in the front of the dance floor at a festival stage for an entire day and ruining the experience for everyone else involved is not. It is rude to the artists performing who deserve to have their fans front and center showing their love. It is also rude to the fans who do want to enjoy the artist who is currently playing.

The moral of the story: Don’t do it. Even if you flew all the way around the world to see one performer, it doesn’t justify the fact that hundreds or thousands of people came here to enjoy the show that’s in front of you. Get off your ass and go check out the other stages if you don’t like the people playing before the headliner. Who knows, you might even find out that you like more than just one DJ.