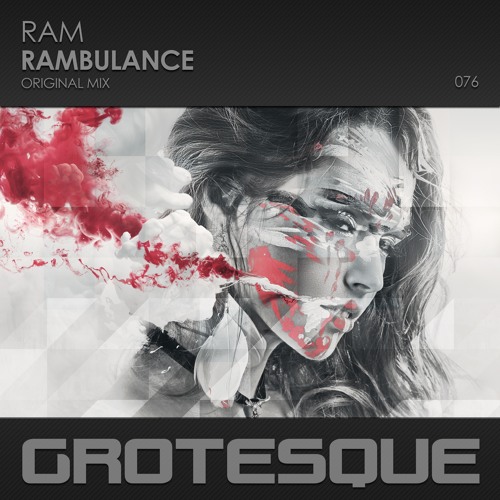 The track starts off with a rolling bassline and a ravey riff. With its groovy edits, it takes the tech vibe to the breakdown that will have you reaching for those lasers high above the dancefloor. Its driven by a loud kick drum, with filtered, harder synth sounds. A minute and a half in, the melody fades in volume but that euphoria continues to build. When the drop hits again, be prepared for it to cause maximum dancefloor damage.

Sitting at a nice 140 bpm, RAM has brought another bangin’ uplifting trance song. The longer major chord progressions in all synths, bass, and treble flow with the arpeggiation in the background. You can hear the fore of the strings progression beneath and that is what takes us to the next level. Side-chain compression use is heavy in this one. But orchestral uplifting wouldn’t make this genre without it.

When speaking of his tendency to combine his name with certain titles of his songs, RAM states that it had started as a joke. However, it later became a trademark for him to use on his uplifting trance tracks. His first solo hit, ‘RAMsterdam‘ was released through Armada Music. It was then that we knew RAM was more than just another trance artist. The single eventually made it on the list of Armin Van Buuren’s favorite tracks of the year.

As you drift deeper into the sound of this aria, it reminds us that music is a safe kind of high. Listen to the wonderful track below and let us know your thoughts.