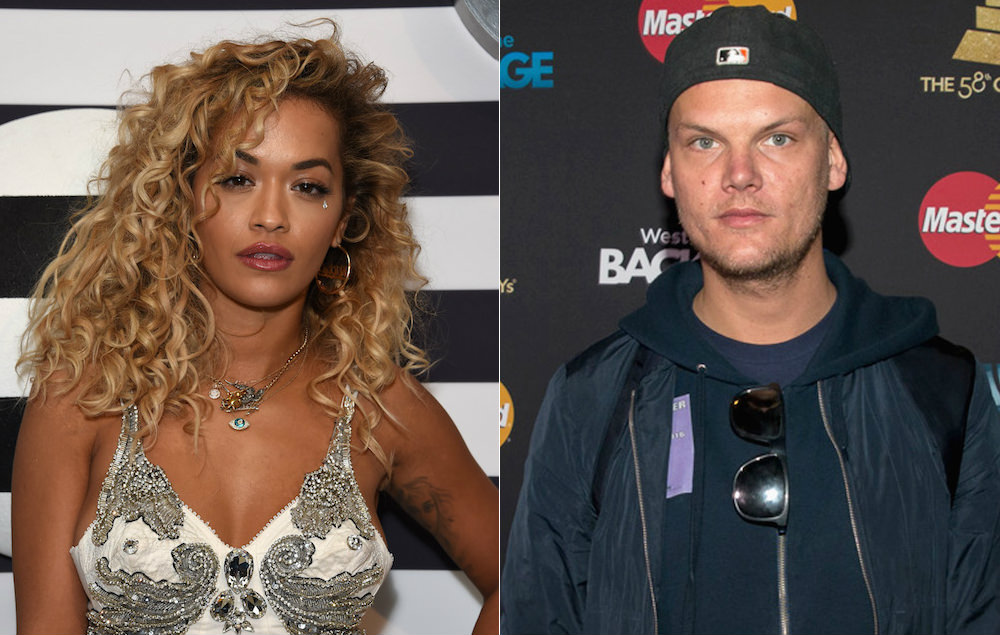 Rita Ora is one of many artists who has collaborated with Avicii over his lauded career. Producers and DJs have been giving tributes to him at their shows since his death last Friday. Ora, who sang on a track with him, gave a touching tribute then performed the song for her crowd.

After making sure everyone was listening, Rita Ora explained Avicii’s significance to her and her art, and what it was like losing such an amazing person. She got the crowd to join her in a very powerful full minute silence to honor him. The second half of the video shows Hardwell playing ‘Wake Me Up’.

After the silence, she performed ‘Lonely Together‘, filled with emotion and carrying a little more punch than normal. It was her first time singing it since his passing.

“I haven’t sang his song that we did together every since he passed away until today. So, it’s going to be very hard for me to sing this next song.”