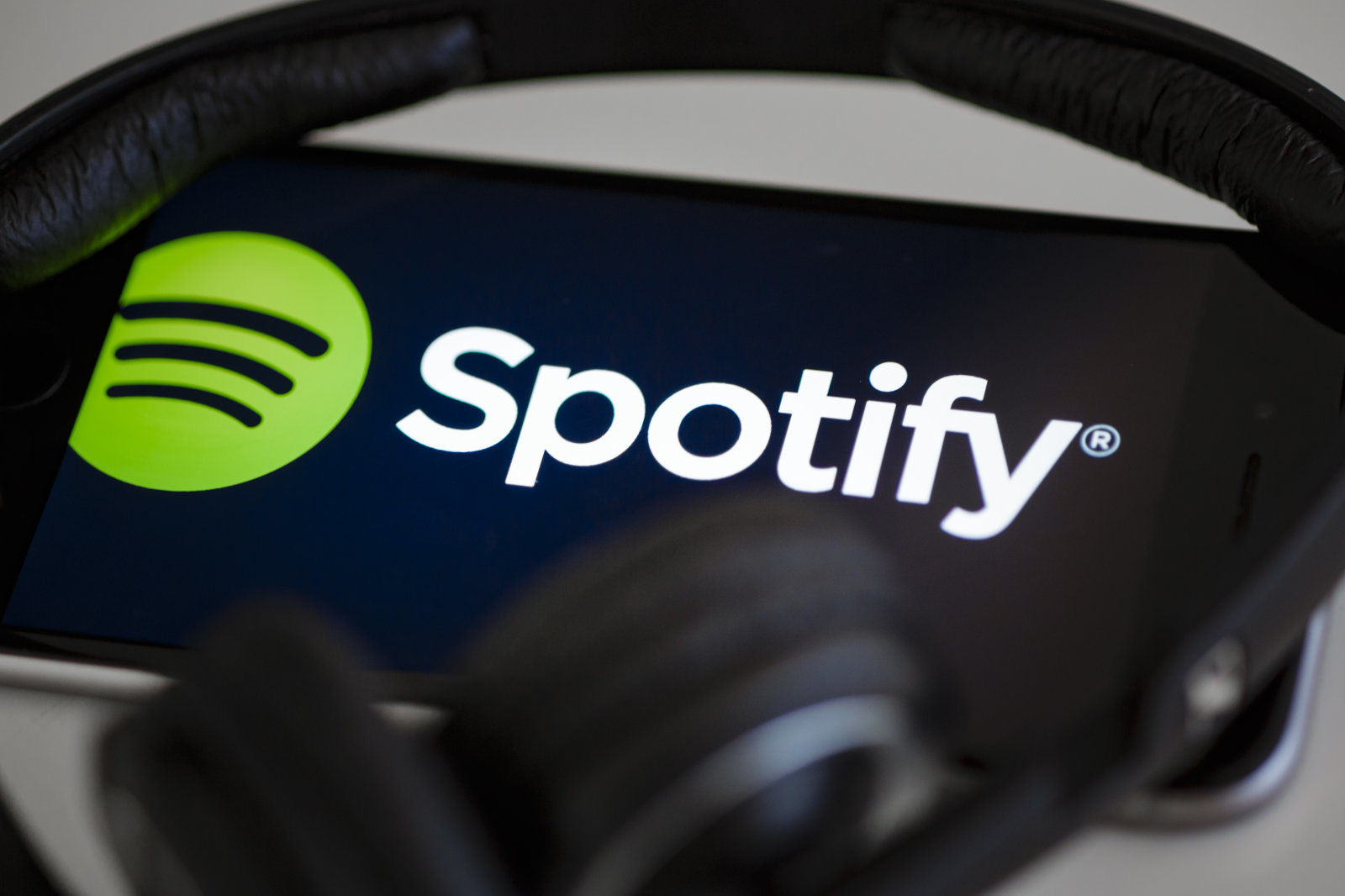 Spotify has been busy as of late with their announcement sent out earlier this month possibly about the smart speaker in development and now it seems that the company plans to incorporate some changes to it’s mobile application.

While officially Spotify has declined to comment on this the reports suggests that some UI redesigns are headed our way. Free tier users also have some changes headed their way that would give them even more access within the application. 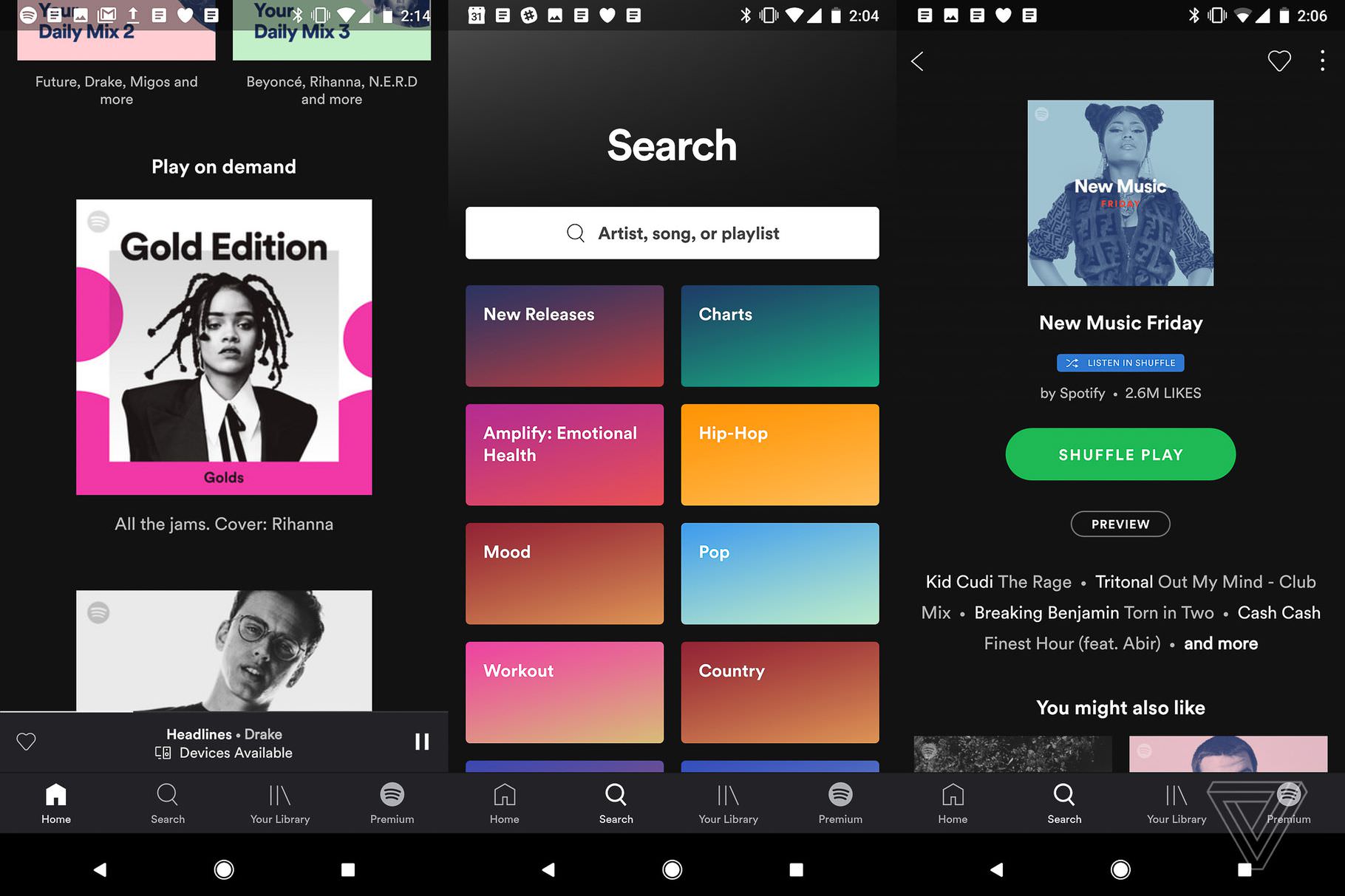 The UI redesign changes the look on practically everything on this edition of Spotify free as shown in the photos found on The Verge. From the Search page, which now consists of colorful boxed prompts for each category and genre to previews under playlist icons that give a heads-up on the songs contained inside (seen just under “New Music Friday,” above and to the right).

The bottom strip of navigation is also updated as well, with the Browse button being removed and the content now added into the search. The Radio button is also gone and the function is nowhere to be seen on any of the menus. A new Premium button has also been added just to the right prompting users to upgrade. 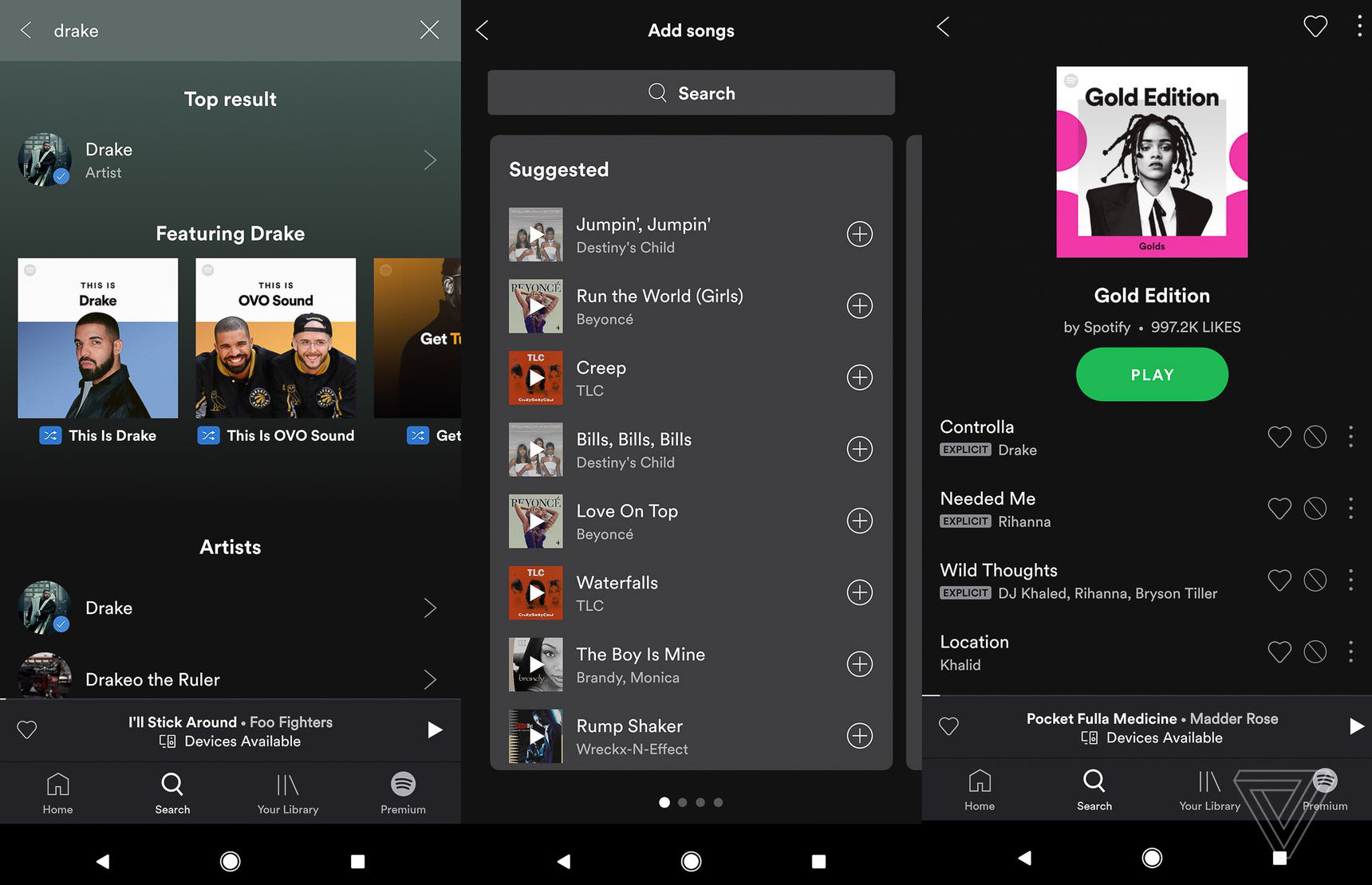 One feature that was noted being tested by Spotify, Voice Control, is still nowhere to be found on this update but that may change in the future.