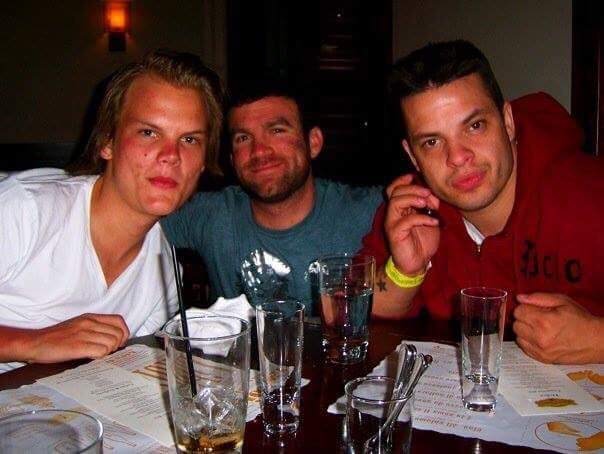 Imagine the world of EDM without Avicii if you will, the year is 2009, and the reality is just that. A young Tim Bergling is residing in Las Vegas with Nick Terranova, who is better known by his DJ alias, Starkillers.

On the day news broke of Avicii’s passing, at approximately 9:14 PM on the 20’th of April 2018 Starkillers posted from his Twitter account:

Gonna miss @Avicii here’s the album we did in 2009 #ripavicii so many memorable times with you in Vegas this was the world we got to create together I hope u find peace brother https://t.co/UHBDsu7CwW

Unbeknown to most fans, Avicii & Starkillers created an album together, which unfortunately never got to see an official release.

If you follow the link tweeted, it will take you to the Youtube account of Terranova’s brother, where he shares the unreleased 16 track album, along with the statement of:

“In 2009 I got to spend quite a bit of time with Tim (Avicii). Him and my brother Nick (Starkillers) made a lot of music together, while they lived together in Las Vegas. Most of that of that music didn’t come out as contracts where written and that following summer the history that we all have come to know happened for Avicii. Here is some of the music that did make it. Not as close in the last few years. But he will be missed by my brother and myself very much.”

As the dance music world mourns the death of one of its finest producers and awaits news of further unreleased music, I for one am grateful Starkillers was willing to release this music.

If you are familiar with the state of dance music in the late 2000’s then this album should be very reminiscent of such times, as it is a stark contrast to the music Avicii had recently been producing; nonetheless, its nothing short of great.

Below is the first track of 16 titled ‘Far Away‘ under their working alias of “Killers & Rockers“, the rest of the unreleased album can be heard here.

Starkillers is best known for his track featuring Nadia Ali, titled ‘Pressure‘, which also went on to receive perhaps its most known remix by Avicii’s fellow Swedish compatriot, Alesso.