HomeEventsThe Schedule for Coachella's Second Weekend Has Been Announced
Events

The Schedule for Coachella’s Second Weekend Has Been Announced

It’s that time once again. After seeing a weekend full of girls in Urban Outfitters and flower crowns, Coachella is getting ready to do it all over again for the second weekend. Attendees can finally start planning their weekend, as the festival has released the schedule and set times with a few minor changes.

The lineup is the same as last weekend, including headliners Beyoncé, The Weeknd, and Eminem, plus Cardi B, ODESZA, Tyler the Creator, REZZ, Kygo, Alison Wonderland, HAIM, and many, many more.

Weekend 1 definitely lived up to the hype. Beyoncé brought out Jay-Z, and even reunited Destiny’s Child for a career-defining performance. Eminem had Dr. Dre and 50 Cent surprise the crowd for the closing night, and Whethan even brought out the Walmart yodeler.

Festival-goes should note that this weekend starts an hour later, at noon, instead of at 11 a.m. While set times are about the same, some new artists have been added and some stage movements were applied. DJ Alf Alpha was added to Saturday’s lineup at 1 p.m. at the Outdoor Stage. Cardi B’s set will be starting 15 minutes earlier, and Eminem’s will kick off five minutes earlier, at 10:15 p.m.

Check out the full schedule below and start planning your weekend! 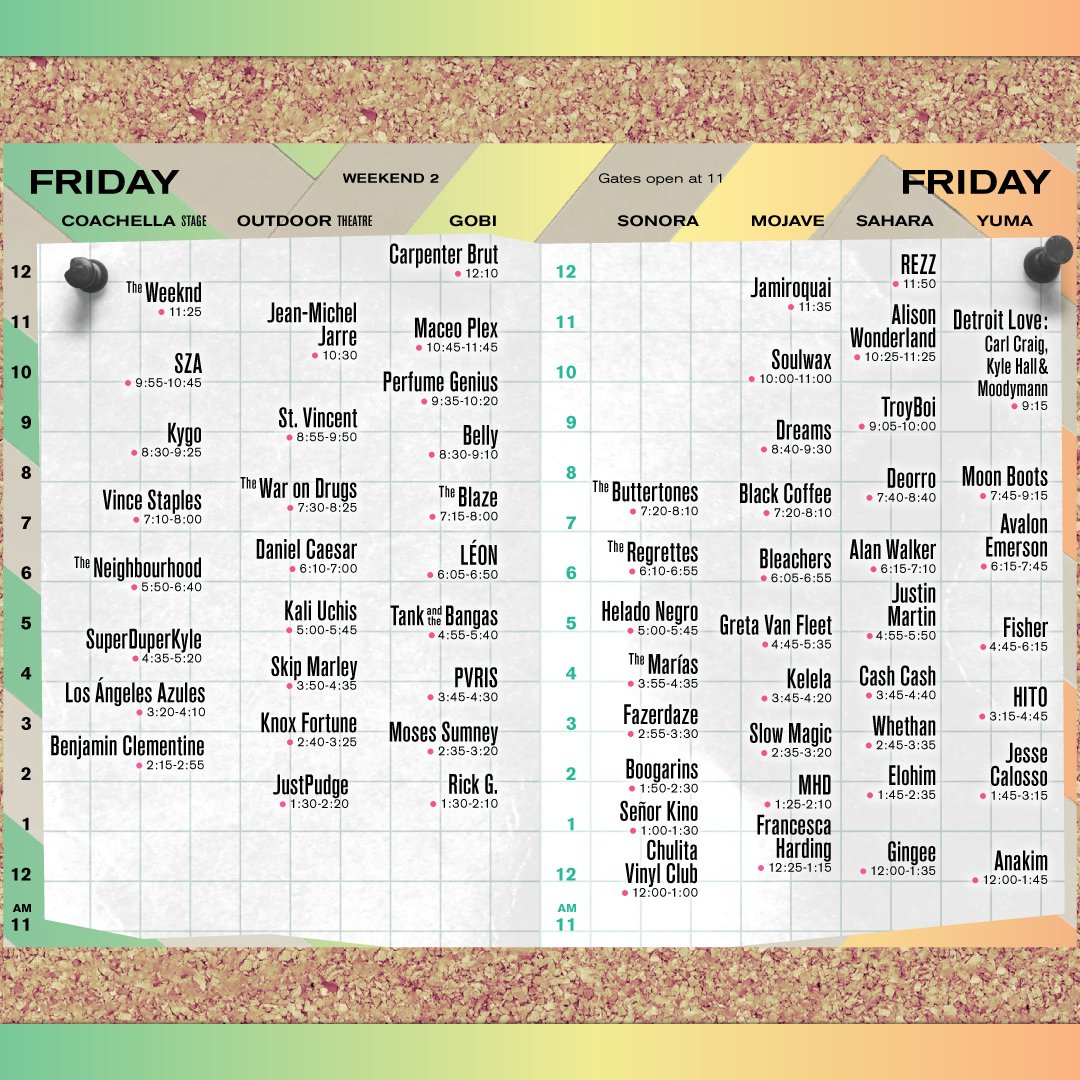 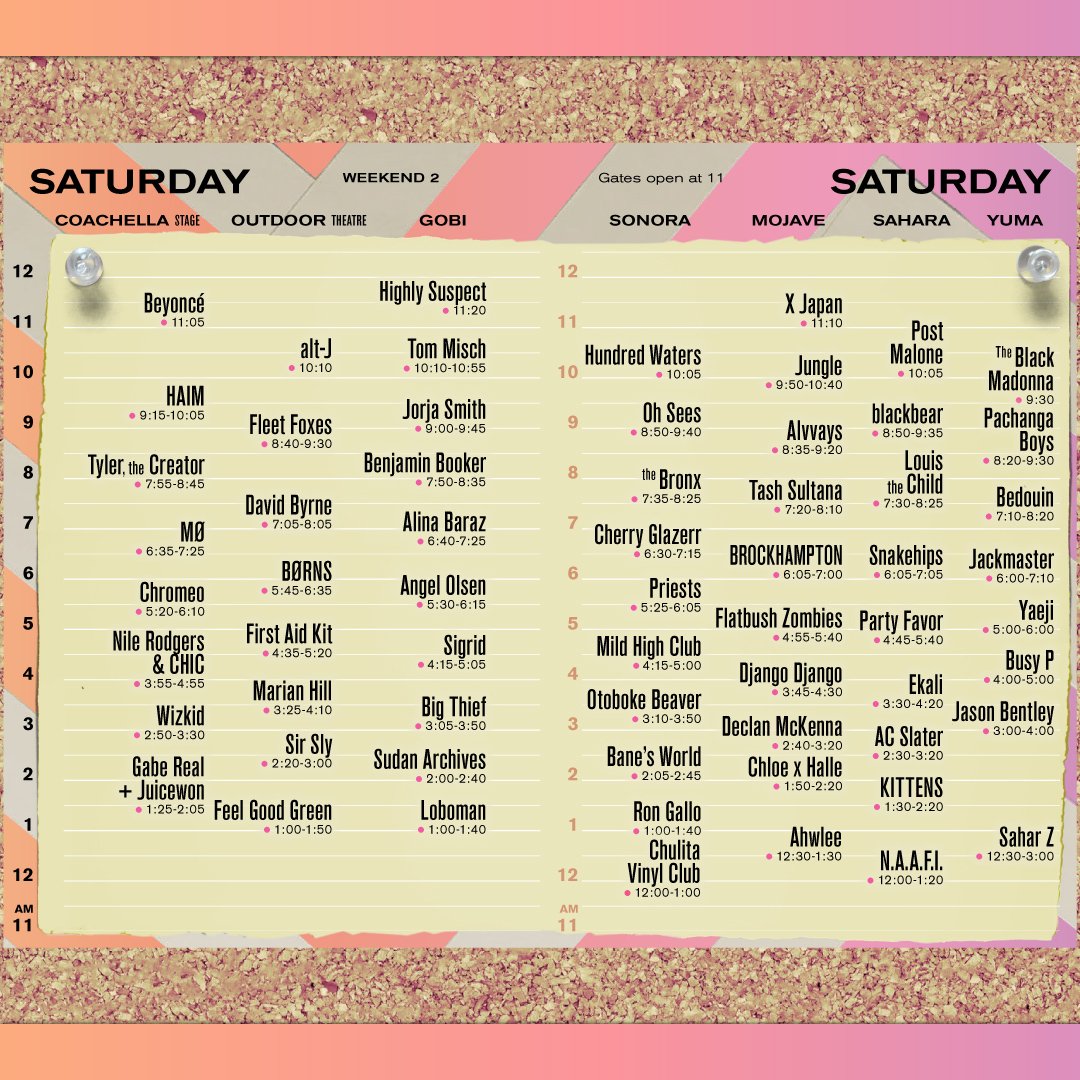 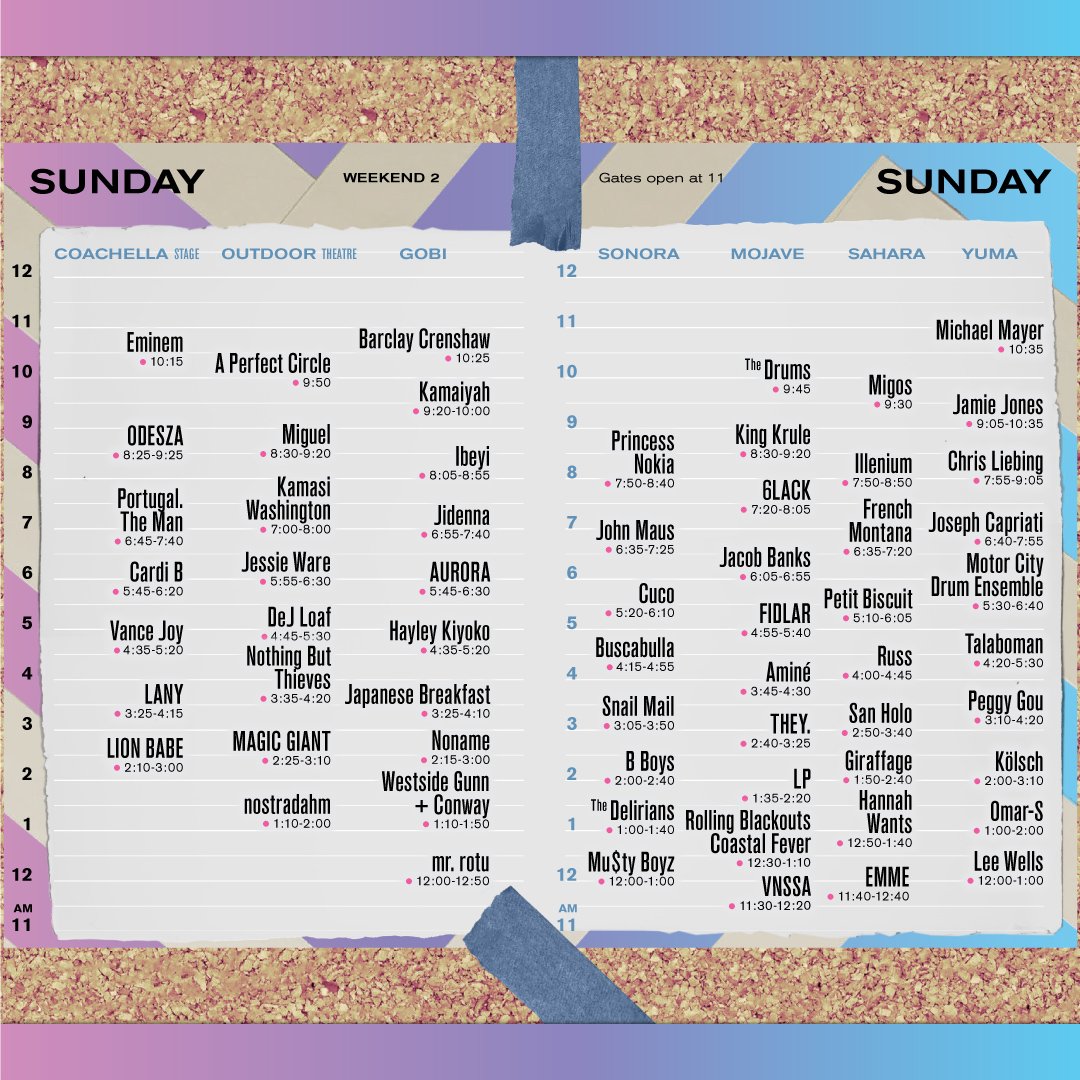 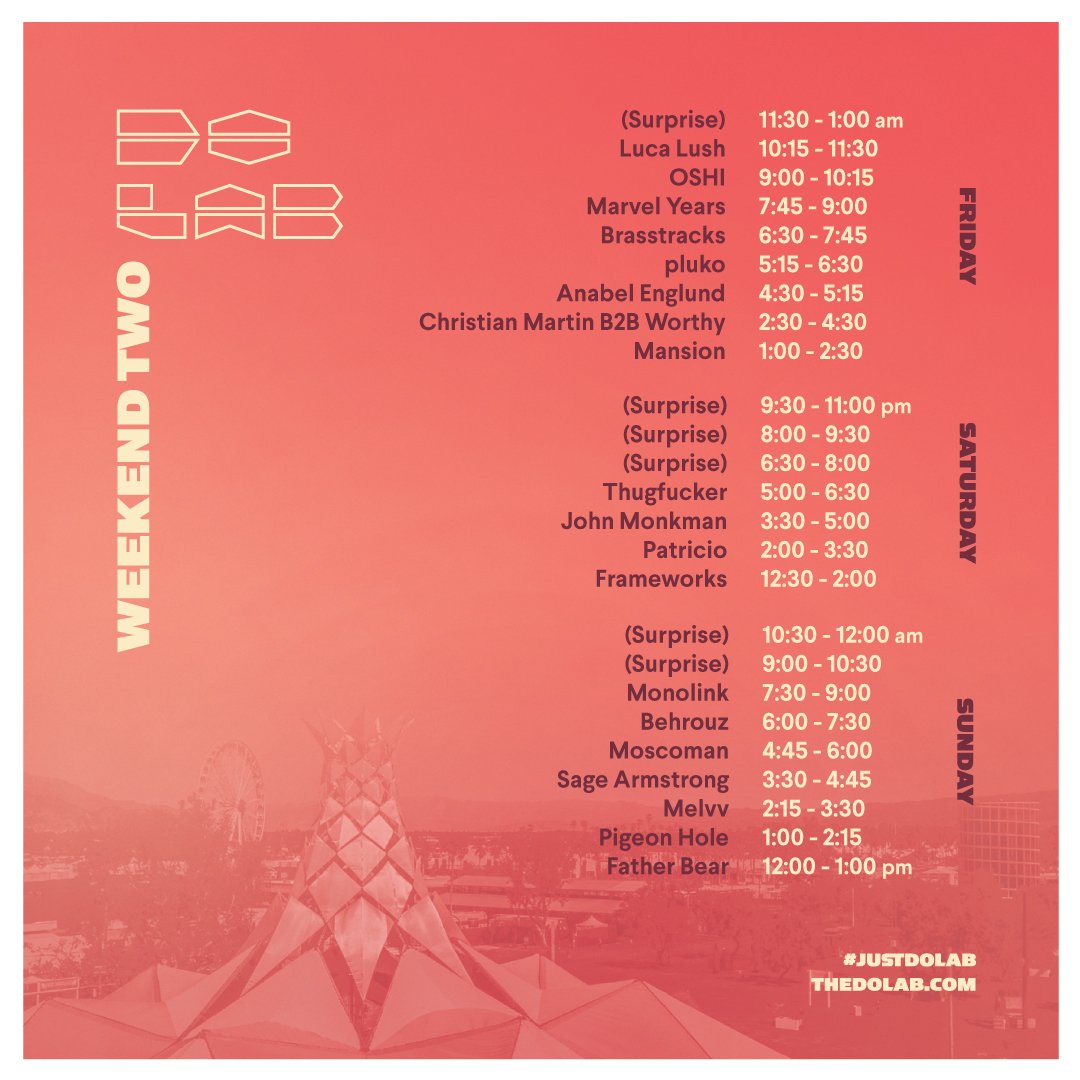