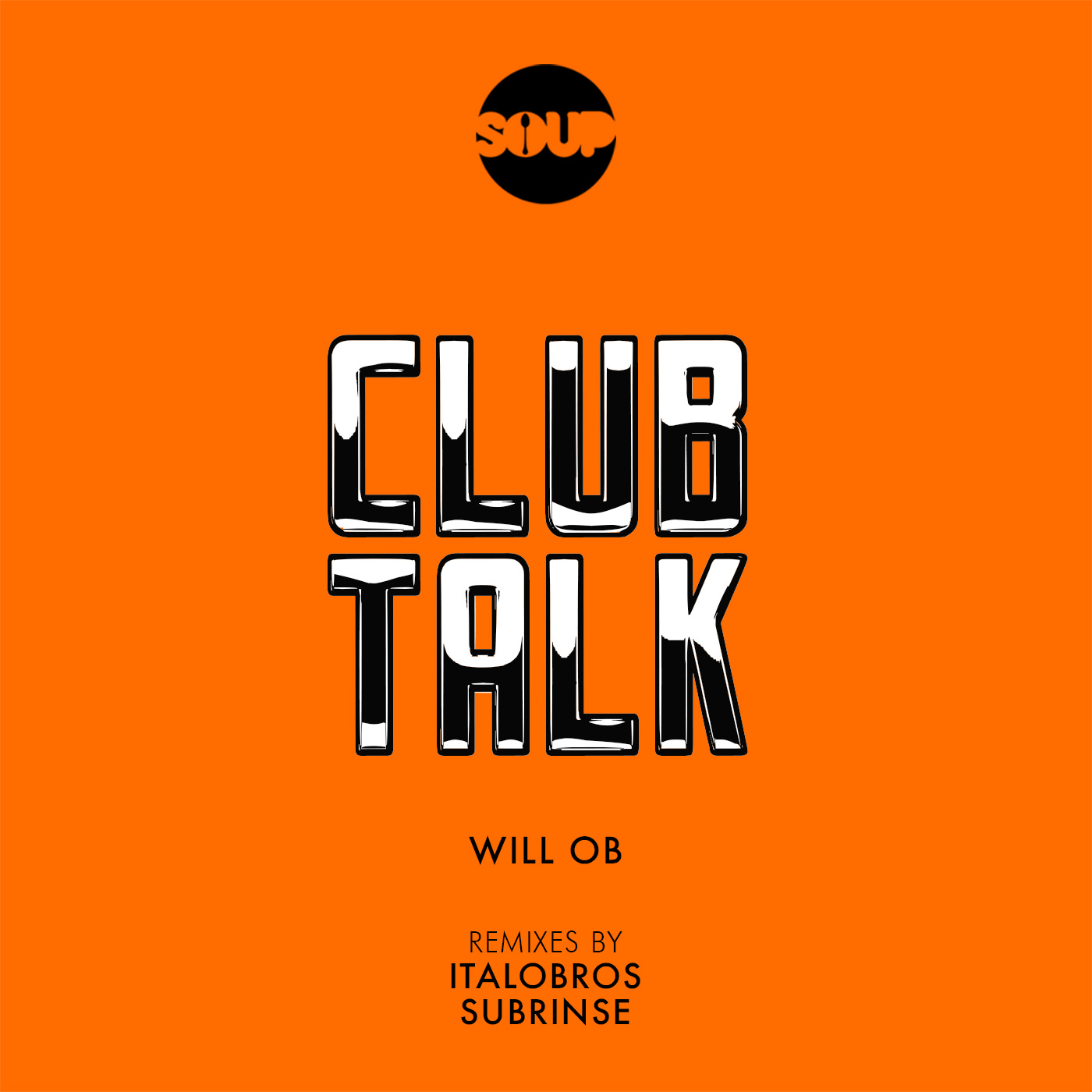 Cleveland based DJ and producer Will OB may not be the most familiar name in the house scene, but don’t let that fool you. With tracks out on well established labels like Treasure Fingers‘ Psycho Disco!, Will O’Brien is no stranger to the industry. His new track ‘Club Talk,’ out now on Soup NYC, is exactly what the doctor ordered for a long night on the dance floor. Already garnering huge support from top tier performers including Paco Osuna, Hector Romero and Riva Starr, ‘Club Talk’ and the remixes will almost certainly be on the playlist for the next house event you attend.

As the name implies, the track focuses on small phrases and casual conversation you would overhear in the club. Anyone can relate to the fact that “Everybody in the club” walks around asking “Can I hit that?” or “Can I bum that?” But the lighthearted nature of the vocal samples aside, ‘Club Talk’ is an undeniably solid piece of production. Featuring his love of everything funky and weird, Will utilizes a signature disco synth line to create the energy where he thrives. Add in a tambourine on the high end and a percussive blast of bass from a well tuned kick drum and ‘Club Talk’ is ready to make anyone stomp their feet.

But if you thought one track was all you get out of this release you are dead wrong. The first remix comes via ItaloBros. Getting way down deep into ‘Club Talk,’ the two Italian producers opt out of using the catchy vocals throughout, instead favoring a heavy driving bass line to draw in their listeners. But the real gem is courtesy of Nashville’s Subrinse. Precise arrangement and a gritty, no nonsense aesthetic makes this remix perfect for the underground scene. With this track, John Hanna does justice to the idea of remixes improving on a track.  The Subrinse remix of ‘Club Talk’ stays impressively true to the feel of the original while filling the room with a dark, techy vibe that is unique to Hanna’s production.

So go jump over to Beatport now and grab your copy of Will OB’s ‘Club Talk’ along with these two fantastic remixes. Released exclusively on Beatport, streaming services like Spotify will host the track starting May 4th You can also listen in the link below to get a feel for which track you’d really love to hear at the club. Let us know which version is your favorite and why you like it so much!