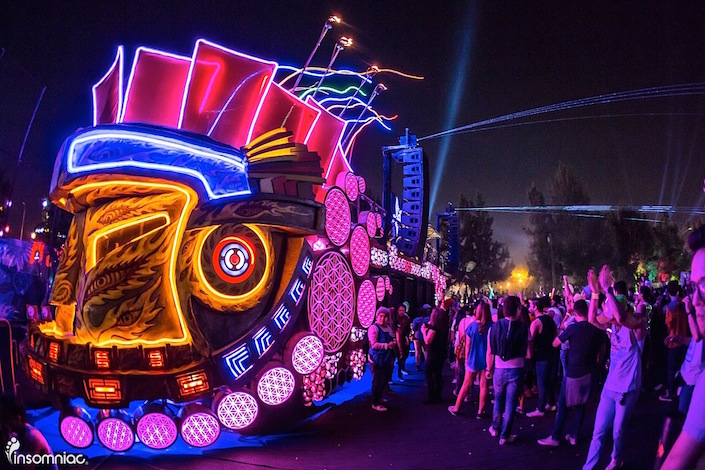 EDC Las Vegas is just around the corner and the list of amazing sights you are sure to see on the grounds goes on and on. From carnival rides to the performers, something is definitely sure to catch your eye! However in the middle of all the craziness are a couple of hidden gems floating around the grounds in the form of some impressive art cars.

DJ’s often turn to the art cars to either drop some surprise alternative sets like Seven Lions once did when he dropped a surprise psytrance set as DJ Sven. Others like Kaskade turn to them to take the opportunity to drop some surprise classics like he does with his Redux set. Either way, make sure to pop in and catch a set or two as you never know what you’ll hear!

Insomniac has taken to social media to reveal who the hosts for the art cars will be and they appear to be stacked.

All aboard the ART CARS! ? Check out the hosts that’ll be curating the vibes Under the Electric Sky! Stay tuned for full lineups coming soon. ?? #EDCLV2018 pic.twitter.com/fehg803OEM

With this crazy host lineup, we can’t even begin to imagine what kind of sets we should expect to hear come EDC Las Vegas in just a few weeks. Once we hear a word about any more news we’ll be sure to keep you updated!