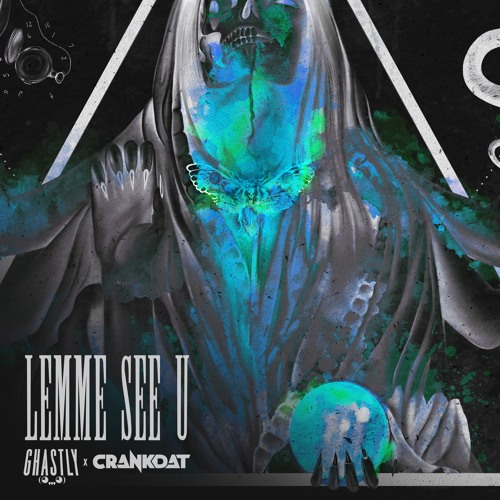 David Lee Crow, aka Ghastly, has become one of the most loved and recognized names in dance music. His style ranges from hardstyle, trap, dubstep, and everything blurred in between. On May 4th, Crow will release his debut album The Mystifying Oracle. Immediately following the album drop, he will also be heading out on tour all summer, playing venues and scattered festival stops in North America and Europe.

Following the success of his most recent single ‘Fake You Out‘ and ‘LSD‘, his newest single with Crankdat that dropped today, ‘Lemme See U,’ is a hard-hitting bass track that has his signature sounds written all over it.

Don’t let the slow, synthy intro fool you. As soon as the autotuned vocals lead into the drop, you get overwhelmed with exactly what you want from these two powerhouse producers. It is a perfect mix of that classic bass-driven sound filled in with a bunch of different genre influences. Listen below and enjoy a free download!