In years past, festival lovers from around the world would touch down in Southern California for Insomniac’s Countdown NYE event to ring in the new year. The event spanned over the last two days of the year and always featured an impressive lineup. However, it seems like Countdown 2018 will be cut in half and will only be a one day event on New Year’s Eve opposed to the usual two days.

A new flyer that leaked for this year’s Countdown NYE event confirms that the festival has been shortened to just one day this year. This comes as a big surprise being that last year’s turnout was the biggest in the event’s history with 70,000 fans partying in San Bernardino at the NOS Event Center. Last year’s lineup featured over 50 artists including Porter Robinson, Diplo, deadmau5, Flosstradamus and many more as they performed across three different stages spread throughout the venue. With the event being narrowed down to just one day, we can only expect the level of talent will be halved as well.

Check out the leaked flyer of this year’s Countdown NYE event below. 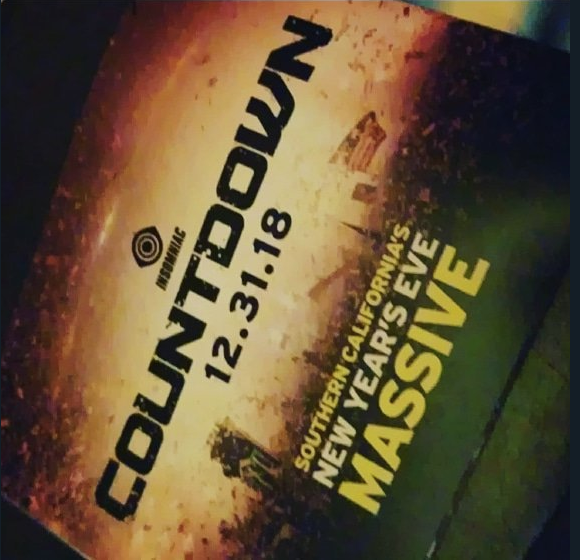