Recently, there are signs that Instagram will let users add Music Stickers to their stories. It isn’t clear where the music will come from, but it’s possible that it could be music stores on your phone. Currently the only way to have music heard in your stories is to have it play in the background on your device while you are recording a story. Instagram’s parent company Facebook, has licensing deals with UMG, Sony, and Warner Brothers. These deals allow their music to be used in “video and other social experiences across Facebook, Instagram, and Oculus.”

First spotted by Tech enthusiast Ishan Agarwal in Instagram’s code, Music Stickers will allow users to search and add a song to a story post. This new feature can definitely make your stories pop out and more professional for business accounts. Additionally, Instagram is testing ways to automatically detect songs you are currently listening to and display the song title and artist as a visual label. Recently, Instagram and Spotify announced a new way to share your Spotify music to your Instagram story. 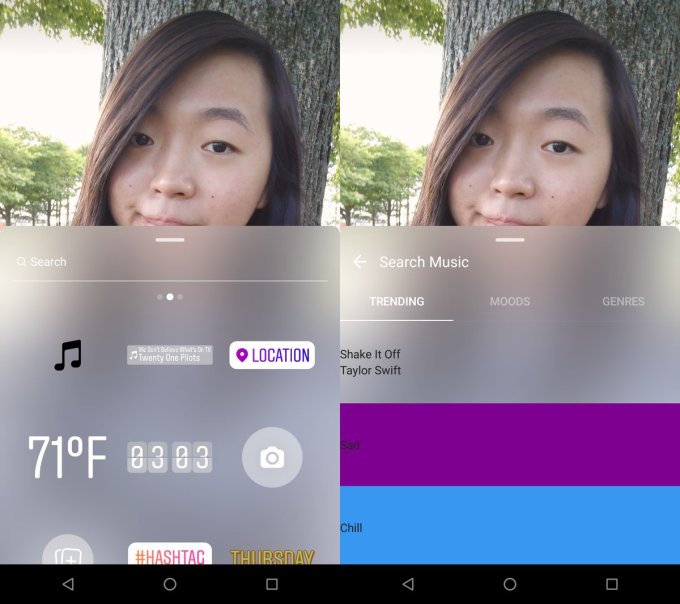 According to reports by TechCrunch, Instagram has confirmed three other big updates to look forward to. Focus Mode for shooting portrait shots, QR-Scannable Nametags for following people, and Video Calling. They haven’t confirmed Music Stickers but it would certainly put them one step ahead of SnapChat. Are you interested in using these new features in the future? Let us know what you think!