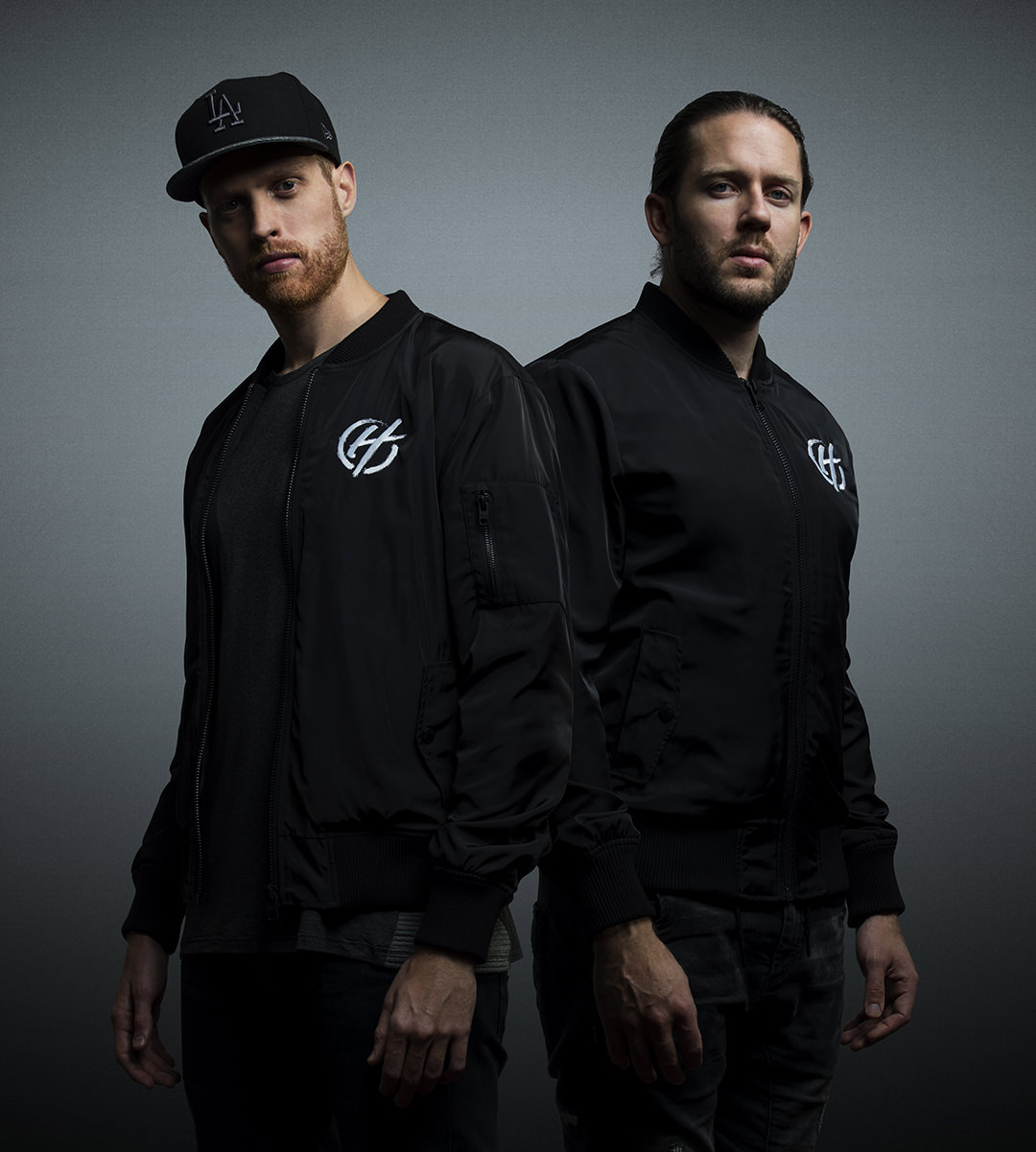 Joeren Kerstens and Steven Berghuijs of The Him broke onto the mainstream electronic music scene in 2015 with ‘Midnight Hearts‘. This collaboration with Sam Feldt was quickly followed by ‘Drive You Home,’ another team project with Feldt. Inspired by the success of their work with Sam and their Midnight Mixtape mix series, The Him began releasing a string of original tracks on their own, including their first solo single ‘Feels Like Home‘. The dedication to their own musical ideals and the pursuit of their musical identity would pay off.

Success came quickly to the duo from Amsterdam. Their deep, melodic, euphoria driven sound has attracted millions of listeners from across the globe and official remix requests from huge names including Tiesto, Miike Snow and Martin Garrix. The Him continue to play alongside those superstars and more, bringing an exciting and fun live set to any party they are playing. Having the pleasure of seeing them at Shaky Beats two weeks ago I can attest to the hype atmosphere the two created.

After spending three years interacting heavily with Spinnin’ Records‘ artists and releasing collaborations on the Dutch label, The Him officially became a part of the team at the end of 2017. Joeren and Steven also joined up with fellow Spinnin’ artist Jay Hardway to release ‘Jigsaw,’ their first official track on the label. And now The Him are ready to present their first solo release as members of Spinnin’ Records. 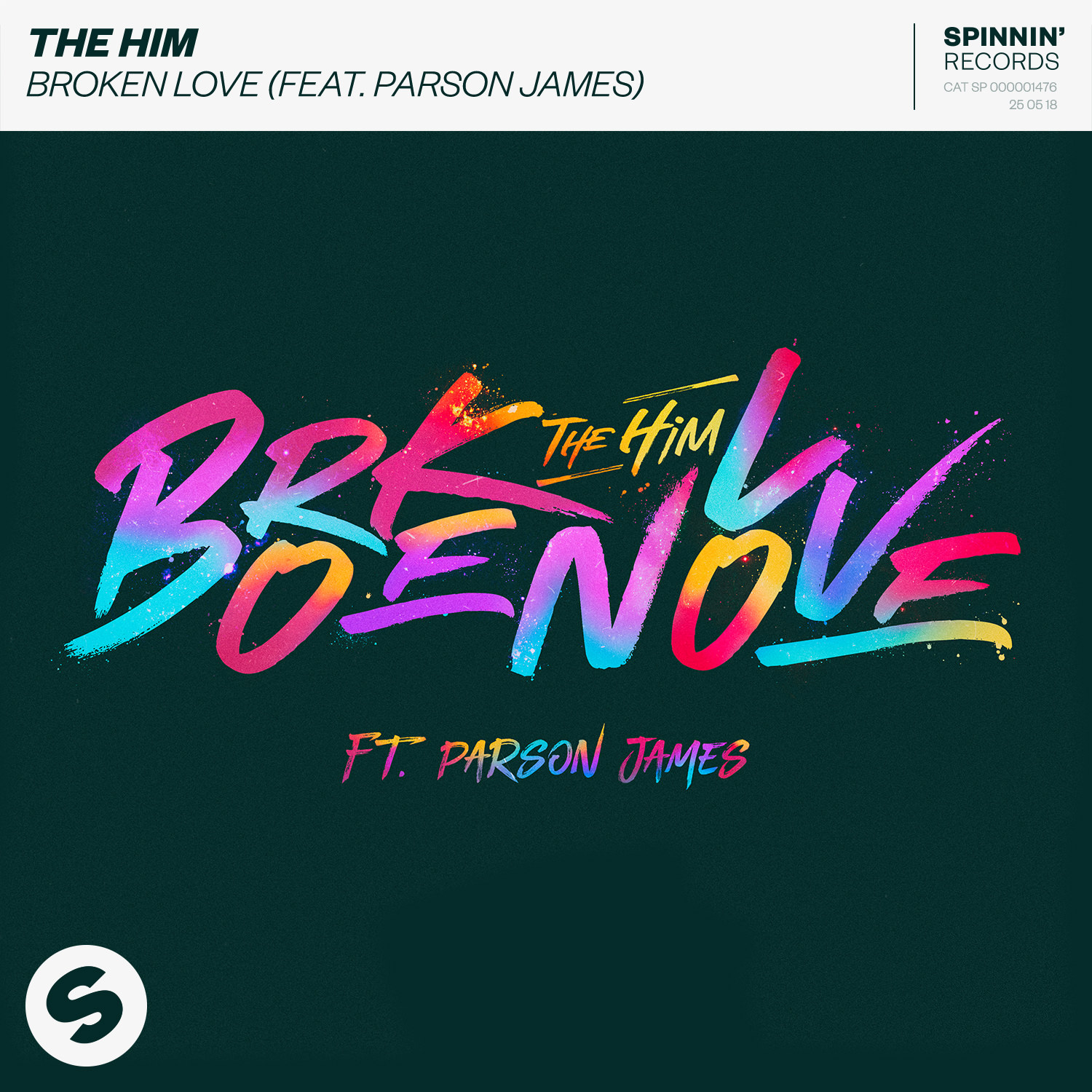 ‘Broken Love‘ featuring the vocals of Parson James is the representation of the growth of Kerstens and Berghuijs. Melodic, passionate and soulful, The Him’s first signed solo record works great on the dance floor and has huge remix potential. With the official release date today, May 25th, it seemed like a great time to interview the Dutch pair and find out more about The Him. You can find my interview below where the guys discuss signing with Spinnin’, their new track and even what superpowers they would want! You can also find links to check out ‘Broken Love’ at the bottom of the interview. Enjoy!

EDMTunes: For those who have never heard of The Him, who are you guys? What is unique about your style that makes you stand out among a huge field of performers?

The Him: We are Jeroen & Steven based in Amsterdam and together we are The Him. When we perform a show we always make the party as big as possible. We have made special mashups you will only hear at our show :D. In terms of our music its a fusion of emotional and euphoric chords with big drops.

How did you two meet? I hear all sorts of crazy stories about how people found their DJ and producer partners. Is there any big event that solidified your relationship or was it just a gradual coming together of like-minded individuals?

We don’t think it’s too crazy to be honest. We met backstage at a festival and started talking about music like every producer will do when they find someone like minded haha. After some studio sessions we decided to start up a new project called The Him. We got a lot of success with our monthly remixes. We knew that we had something good after it got picked up by big artists like The Chainsmokers and Tiesto.

You guys had a great set at Shaky Beats this year and had one of the most refreshing sets all weekend. What is your favorite festival or show you’ve played so far and why?

Thank you so much 🙂 We can add Shaky Beats definitely to one of our favorite shows to play at. We were bit scared because of the layover in between shows that artist got because of a new setup. When we started playing there were maybe 25 people in front but ended up with a full house! We love the festival vibes in America. People are there to party hard.

I think congratulations are in order. You guy just signed to Spinnin’ Records and your first solo release comes out Friday May 25th. For a group who has released almost all of their music without the help of a major label how do you see being a part of Spinnin’ as a step forward in your musical career?

We decided to start working with Spinnin’ at the end of 2017. Releasing by yourself is dope to do but we needed some extra backbone to bring it to the next step. Marketing is really hard and takes up a lot of time. Spinnin’ is the perfect label for this and have a lot of knowledge. They have a great team and we love how they are involved in the musical process.

Talk to me about Broken Love featuring Parson James. What was the inspiration for this song? How does it represent you both as your first official release on a record label that isn’t a collaboration with another artist?

We’ve experimented a lot over the last year with our sound and musical direction. A lot of listeners at Spinnin’ may know us for more of a piano house sound but for our first release we wanted to do something special. The song has been in the making for a long time! We wrote it in our studio in Amsterdam and it took more then a year with about 30 different versions to get it to where we were really happy with it. Our musical style and our performance is a mix of everything we love. Broken Love is the beginning of showing everybody what we’re all about!

So let’s say you end up playing a show at a radioactive site and develop superpowers like in T.V. shows and movies. What superpowers would each of you have and how would you use it for the greater good?

Steven: Professor X would be my name. Having the smartest brains in the world and solving the water and food problem would be nice to achieve. I would look funny though.

Jay: I’d love to be able to fly! No more waiting at airports and sitting in planes 😉

Well there you have it! Hopefully Jay will use his power of flight to play more shows for his fans because I definitely want to see The Him again soon! With their infectious energy and positive vibes the Dutch duo are on track to becoming superstars in their own right. Check out Beatport to buy their newest single ‘Broken Love’ featuring Parson James, out now on Spinnin’ Records. Check out the official audio in the video below or listen on Spotify.