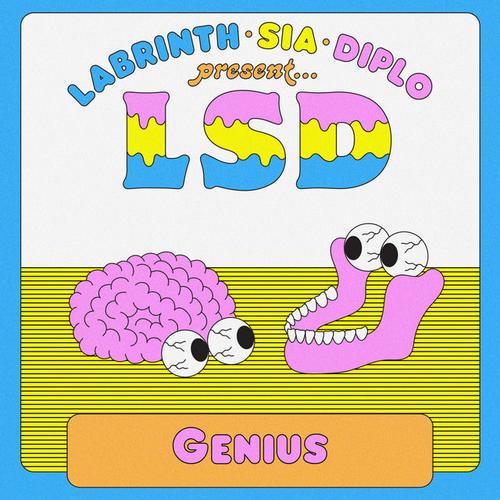 LSD is about to take over the globe. No no- not the drug, but a new super group of musical psychedelics. Consisting of UK songwriter Labrinth, global sensation Sia, and collab connoisseur Diplo, the unlikely trio has just released their first single ‘Genius’ along with a trippy music video. We’ve been guessing on whether or not this was just one single or the start of something special, and we got the confirmation today that we can expect a lot more from the group.

‘Genius’ begins with Labrinth’s vocals and string instruments leading into Sia’s famously beautiful voice and Diplo’s trademark production. Dubbing himself “trap colonel Sanders” Diplo writes on his Twitter that he was glad to be invited to write music with the two, and sums up ‘Genius’ in the best way possible:

“it sounds like you think, epic random amazing pop music from outer space.”

The video is a must watch, with kaleidoscopic animation and cartoon versions of Sia and Labrinth running from Diplo’s giant floating head.

Check out the video below, and stream ‘Genius’ from new group LSD.