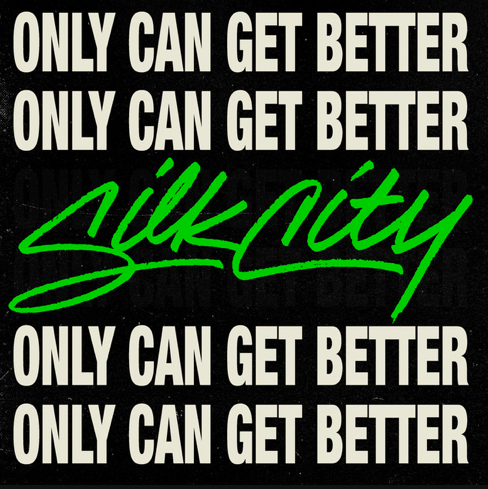 Silk City – Only Can Get Better

Get ready for Diplo disco ladies and gentleman. Our favorite musical mash-up man has teamed up with famous British producer and long time friend Mark Ronson to bring us new the dynamic duo of Silk City. Their first ever single ‘Only Can Get Better’ serves up some reminiscent 90’s vibes, taking us back to the glory days.

The two made an appearance at EDC Las Vegas on an art car last weekend, but will make their official duo debut at the Governor’s Ball Music Festival, taking place June 1 to the 3 on Randall’s Island in NYC. In addition to their single today, the two also dropped an essential mix, just in time for Memorial Day weekend.

Silk City is an homage to some of the greatest dance music cities chicago, london, paris, detroit. @Markronson & I met as djs 20yrs ago & our paths have taken us everywhere since. It is great to get back together & make music…Our first song Only Can Get Better is out tomorrow pic.twitter.com/snuAoHlhgF

Diplo has been making the musical rounds lately. Just this month, he’s released two tracks with Labrinth and Sia as new supergroup LSD, and last week put out a high-energy track for Deadpool 2 with Lil Pump and French Montana. Seriously, is the guy trying to set some sort of record for most collabs in one month?

Stream ‘Only Can Get Better’ below, and stay tuned for more Silk City.

Silk City – Only Can Get Better | Stream