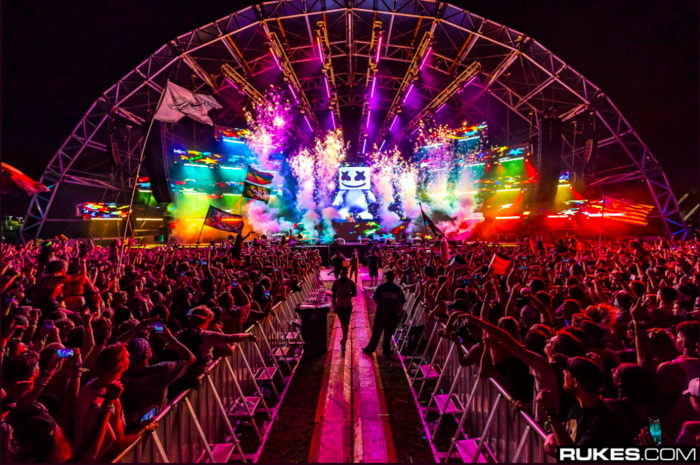 In its seventh year, Sunset Music Festival had some pretty big plans. With headliners like Rezz, Excision, and Illenium on the bill, along with a newly added stage – the Tampa festival was ready to go off without a hitch. While there were forecasts of a rainy weekend, attendees were ready with ponchos and rain boots; nothing was going to stop them from shuffling their way to Raymond James Stadium. While Saturday went off without a hitch, and festival-goers got impeccable sets from Space Jesus, Destructo, Rezz, Borgore, Marshmello, NGHTMARE, Slander and more – no one expected what would happen the next day.

On Sunday, impending weather from tropical storm Alberto forced city officials to shut the event down. While it was devastating for both ticket buyers and Sunset’s festival planners, Disco Donnie and the rest of the DJs slated to play that day, hustled and hustled until they found ways to make it up to people who had lost a day of music. There were after parties at multiple venues across the Tampa area, and even reports of DJs showing up to house parties with willing patrons in tow. While Sunday did not go as planned, Saturday was an unforgettable experience, and reminded EDMTunes why it is one of the best festivals Florida has to offer.

To give you an idea of what went down this past weekend, here is a round up of the top five moments at Sunset Music Festival.

1. Destructo’s All My Friends took over the Horizon stage 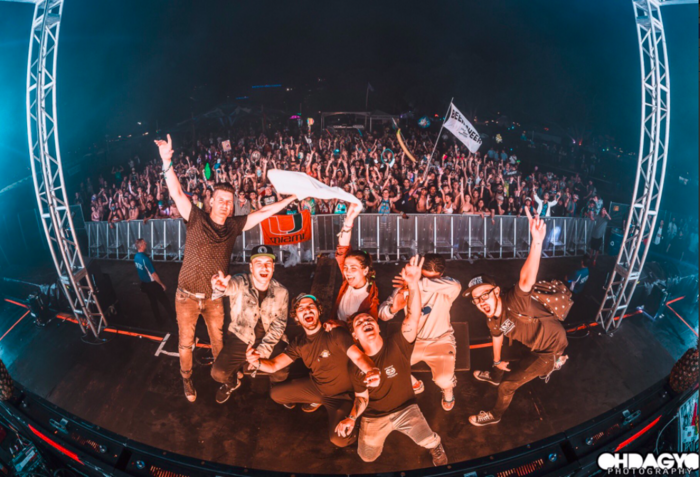 Destructo is a veteran in the EDM scene. With over 20 years under his belt, the guy is a living legend and has put on multiple festivals and events over the years. His takeover at SMF 2018 featured Black Frames, Habstrakt, Wax Motif, AC Slater, Yo Gotti, Anna Lunoe and the man himself. They ended with a special b2b that featured artists from the lineup and special guests Dillon Nathaniel and Ardalan. 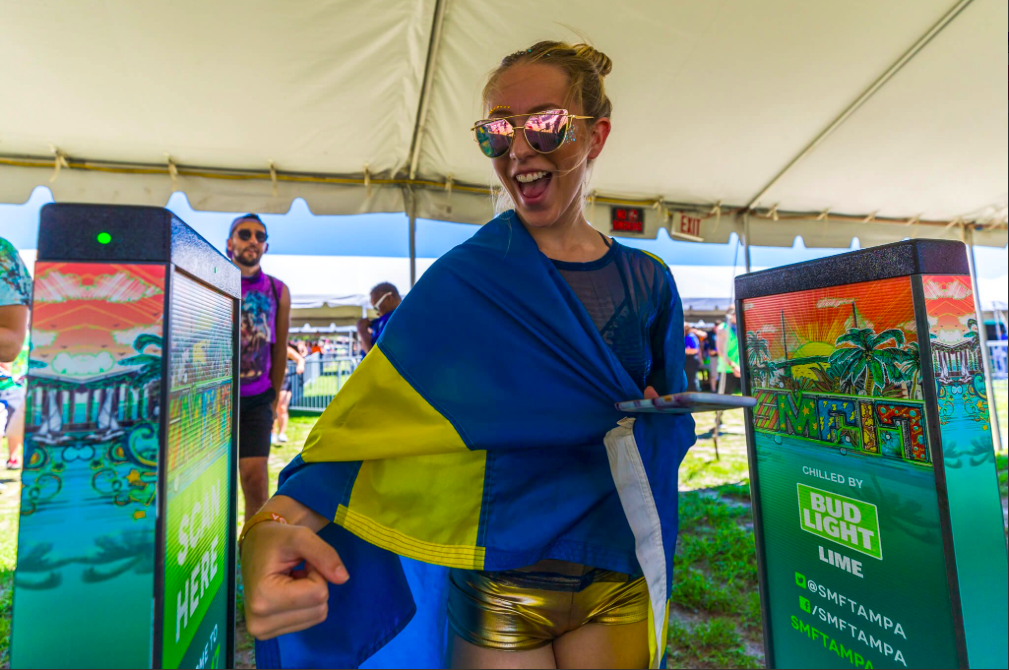 If you’ve been to a big festival like EDC or Ultra, then you know the absolute struggle and pain of waiting in horrendous lines, only to miss someone you were hoping to see. At SMF, you can show up at pretty much any time and waltz right in. Sweet sweet Sunset. 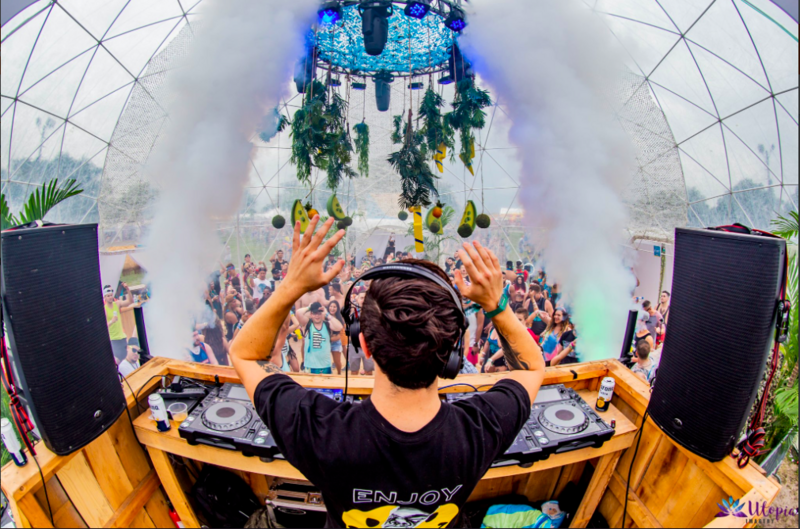 This year SMF added the Corona Electric Beach stage which was essentially a large igloo with mist, fans, sand and of course Corona beer. This stage was great for escaping the rain while listening to some tech-house courtesy of Dillon Nathaniel, Ardalan, Golf Clap and more.

One of the premier sponsors of Sunset was Stillhouse Whiskey, and their set-up was absolutely insane. Their activation included a barbershop located inside an airstream, where G-Eazy’s barber Kevin ‘OGK’ was giving some sick cuts. On the other side were face jewel stations, hair braiding and day beds. The Stillhouse Whiskey tent was the perfect place to grab a drink and get pampered.

5. Sunset’s Event Planners Made The Most Out of A Cancelled Day 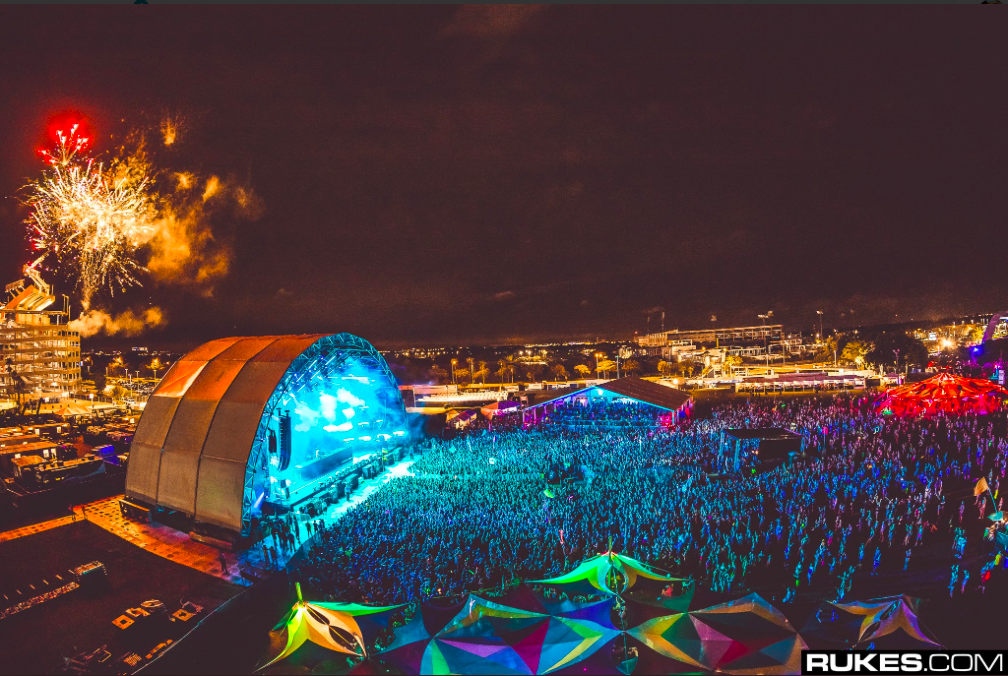 Pouring your heart and soul into planning an event is exhilarating and stressful. Sunset and the team that worked all year to put on the festival let everyone know how absolutely devastated they were when day two got cancelled by the Tampa authorities. However, the planners and DJs did their best to make the most out of a trying situation and put on multiple events within the area. Duo Bonnie & Clyde played four different gigs, ending at a house party around 3am before their 5am flight. The Ritz hosted almost every headlines with Illenium, Ekali, Excision, Alan Walker, and 3LAU, while The Orpheum saw Boombox Cartel, Yehme2 and Hex Cougar. Although Disco Donnie and Sunset took some major heat from upset ticket buyers, they definitely made up for it with transparency, and immediate refunds.

All in all, Sunset made the best out of a pretty crappy situation. We believe they will come back bigger and better next year and hopefully Mother Nature cooperates.