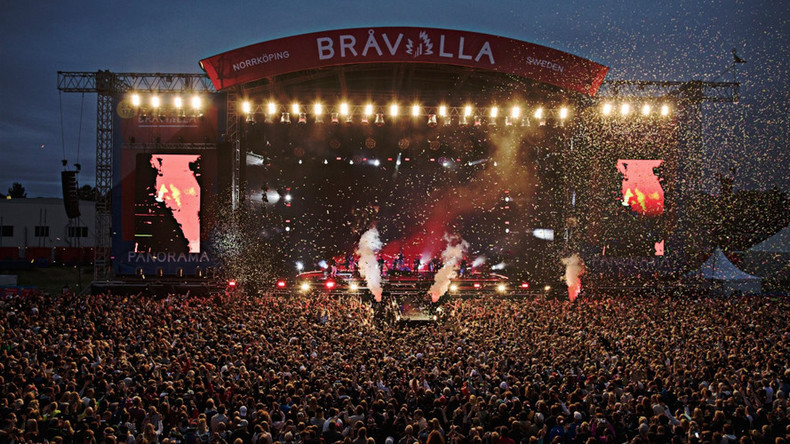 Bravalla Music Festival has been Sweden’s largest four day music festival. Normally, we think of music festivals as a safe space to express yourselves and love your friends like family. However, we forget that anyone willing to attend also opens themselves up to possible criminal behavior. Inasmuch, Bravalla organizers have opted to close the festival indefinitely following a wave of sexual attacks at last year’s event.

News of this comes after speculation that the festival may occur in 2019 despite the cancellation this year. However, reports indicated at least 11 sexual assaults last year. Three of which led to arrests. Prior to that, at least 40 girls complained of being sexually harassed or abused by “foreign” men. The tweet below from Breitbart London confirms just that.

Public relations head, Kajsa Apelqvist, has stated that this move is disappointing but in order to create a future indicative of this festival, this is not the way to proceed. Are these attacks social problems and not festival ones? Sexual assault at music festivals has long been a serious issue. Though, it seems it is just now coming to light. While this drastic action is certainly called for, who’s to say that this approach would combat the crimes from further facilitating elsewhere.

Cancelling the event altogether acknowledges that something horrible is happening. However, some may say that the festival should actually work towards a creative festival space that respects personal boundaries and autonomy of its attendees. Rumors of this turning into an all women festival circulated, no executions of that have taken place.

No festival company wants the reputation of associated with serious sexual assault problems. So addressing these issues head on seem to be controversial. But at least the festival handled the safety of attendees first. Thoughts?