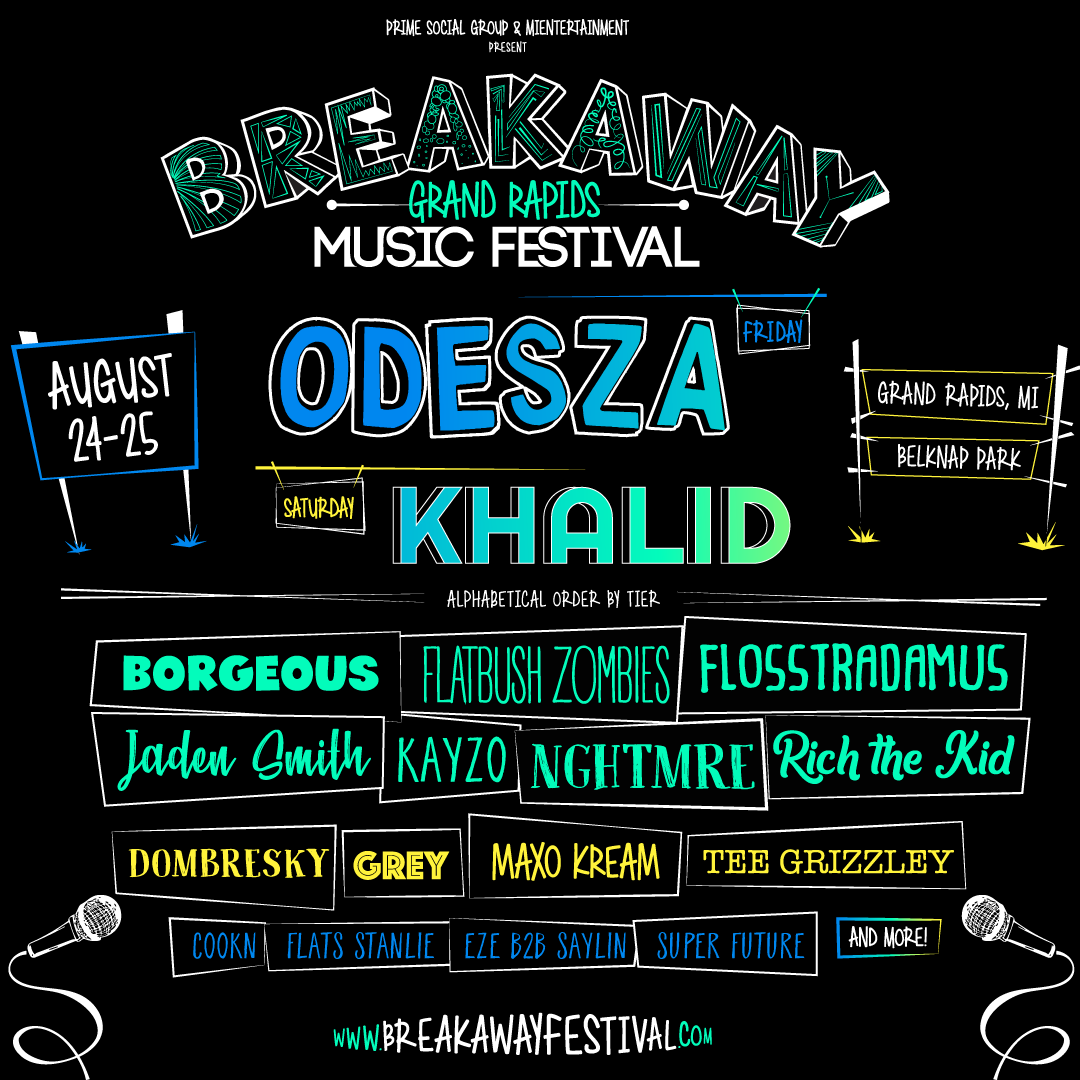 Breakaway Music Festival has just released their Phase Two Lineup to join them in Grand Rapids Michigan. Artists NGHTMRE, Rich the Kid, and Flatbush Zombies are featured on this lineup, creating a diverse array of talent this year.

Adding to the EDM artists, NGHTMRE will be bringing his heavy trap sounds. With a full history of collaborations with artists like Zeds Dead, Dillon Francis, and Wiz Khalifa, NGHTMRE has quickly grown to become one of the most talked about in his genre.

Rich The Kid, from Atlanta, will be performing his latest album The World is Yours, including the single “Plug Walk”. He has been on the hip hop scene since 2016, and has worked with well-known names including Kendrick Lamar, Chris Brown, Future, and more.

Flatbush Zombies, with a loyal following for almost a decade, will be joining Rich the Kid on the hip hop portion of the lineup. They have recently hit number 11 on the Billboard Top 200 with their 2018 album, Vacation in Hell.

“It’s great to have Grand Rapids in such good company with other major Breakaway cities. Our goal is to continue to enhance the outdoor live music scene in West Michigan and we believe this lineup is a good step in that direction.”

Single day and 2-day tickets for August 24-25 are on sale now at  BreakwayMichigan.com.