Ever wonder how much money Calvin Harris makes and how it compares to an ordinary job? Harris has grown to be the highest paid DJ in the world, bringing in an astonishing $48.5 million annually according to Forbes. Tiesto and The Chainsmokers follow Harris, bringing in a still impressive $39 million and $38 million respectively. With Harris dominating financially, lets take some time to put that amount of money in perspective.

If Harris is making $48.5 million a year, do some math here – that basically means he’s making a little over $132,000 a day! To further explain this, MidiNation completed an in-depth study of the salaries of the top earners in the music industry and compared them to the salaries of many common jobs we think of everyday. As crazy as it sounds, they found that Calvin is making the annual salary of a truck driver in the US – every three hours. Imagine the things you could buy with that amount of money…

Back in January, Oxfam International released its annual inequality report, revealing some shocking statistics – such as how “in the US, it takes slightly over one working day for a CEO to earn what an ordinary worker makes in a year.”

This report is what prompted the examination between top paid musicians and ordinary day job salaries. After looking over the graph below, maybe we should all learn to DJ!

Check out the infographic from MidiNation below containing more top artists and their salaries. 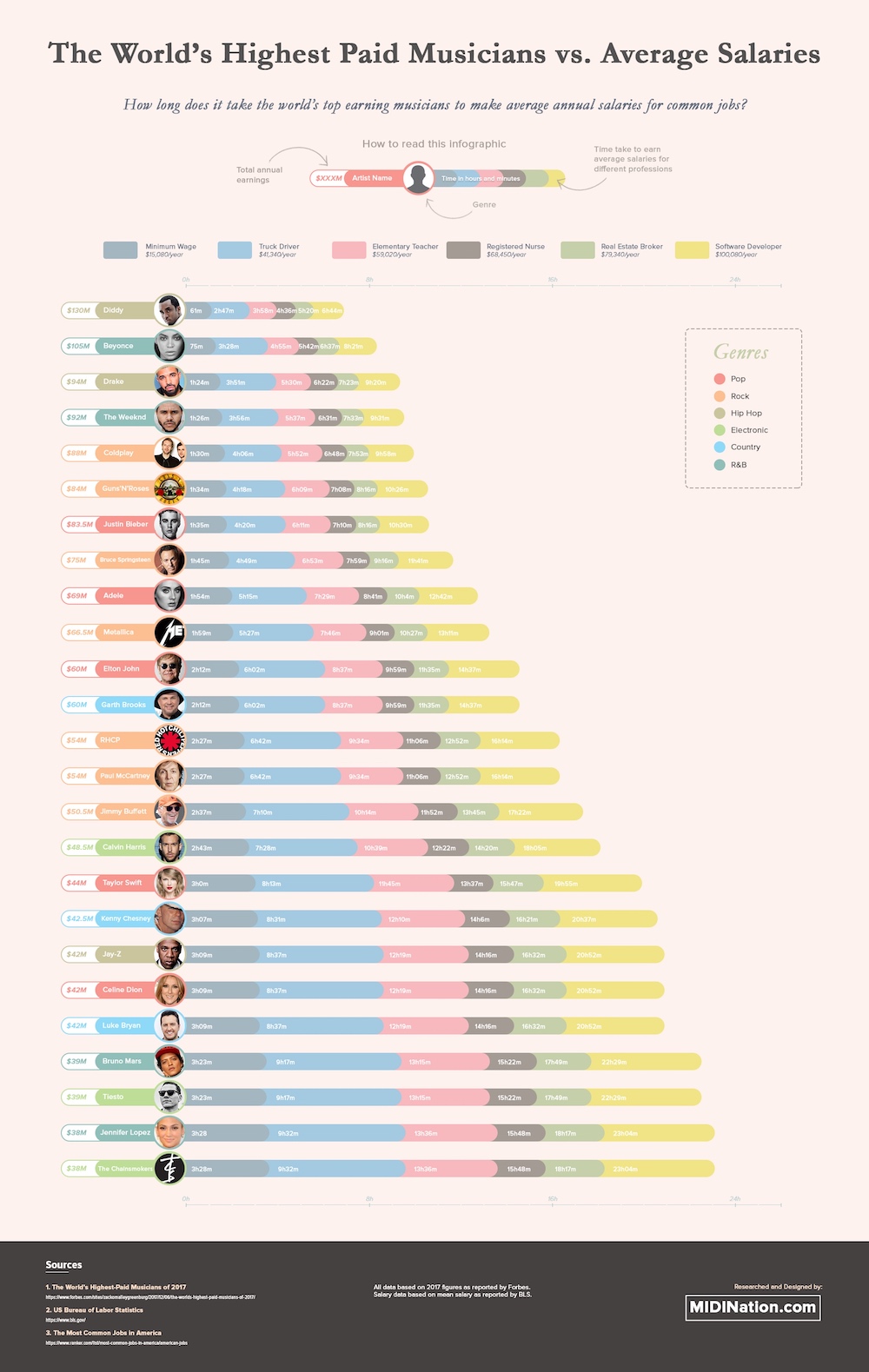