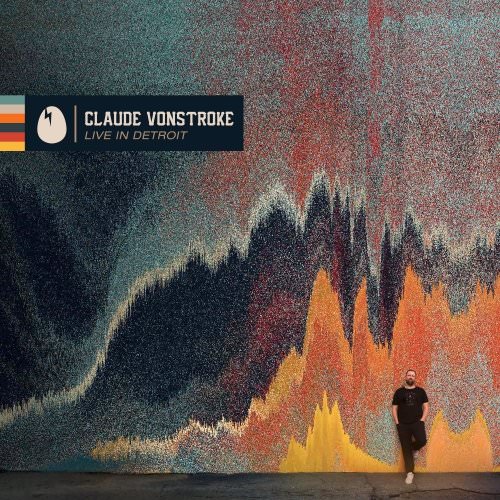 Over the last ten years the Dirtybird label and its head honcho Claude VonStroke have become synonymous with fun. The self described “tech-funk” label is sill making waves. In 2018 the Birdfam swept DJ Mag‘s Best in North America Awards with Claude winning best DJ, cofounder Justin Martin winning best producer, Walker & Royce winning best track, and Dirtybird being declared best label. But if you thought they were done there you’d be dead wrong. At this year’s Movement Festival in Detroit, Claude delivered a special piece of history – Live In Detroit, the first ever live album released by Dirtybird.

Recorded during his impressive hour and a half set in his hometown, Claude really put on for his city. Leading off with his new track ‘Majaraja‘, CVS keeps the vibes perfect throughout the entire recording. Featuring a load of unreleased and specially curated tracks, the Dirtybird maestro lays down what will surely be remembered as one of the best sets Movement has ever seen.

Including brand new tracks from Will Clarke and Born Dirty, Tom Reed, Not The Father, and Joeski, the individual pieces of this album are almost as impressive as the live mix itself. If you plan on seeing any Dirtybird shows in the future, expect a few tracks from Live In Detroit to pop up.

The first official live album from Dirtybird Records is out now and available for purchase and streaming. Live In Detroit is guaranteed to have you moving your feet from start to finish. Nobody delivers and controls a vibe like Claude VonStroke, and that is all too apparent in this newest release. Listen in the link below and go buy your copy now!