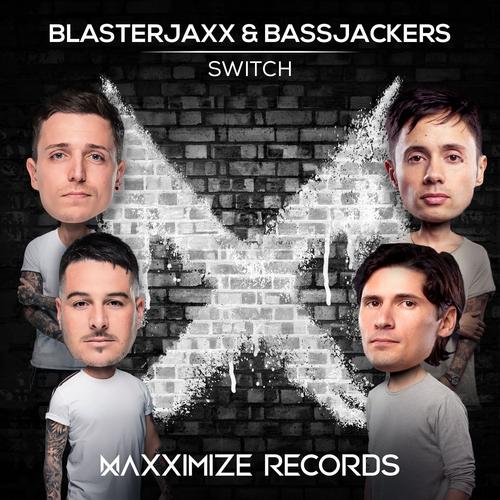 It is no secret that Dutch DJs are known to be a dominant force in the dance music scene. Many of dance music’s biggest names hail from The Netherlands. Today we bring you a new collaboration between festival favorites Blasterjaxx & Bassjackers. Blasterjaxx and Bassjackers are both Dutch duos. Both groups share a similar sound, as they are well known for their electro house and big room styles. The two powerhouses have gotten together for a new track called ‘Switch’, which is out today on Maxximize Records.

It is easy to see that ‘Switch’ is festival ready, as it’s influenced by big room sounds. The track features a giant kick, some epic super-saws, & an ear worm of a melody. With “Switch”, Blasterjaxx & Bassjackers are in full form. They easily prove that they are still capable of producing some fire tracks.

\It goes without saying that we can expect this track to make its rounds in this year’s festival circuit. “Switch” will definitely be crushing main-stages around the world for some time to come. Check out the track below, and let us know what you think.