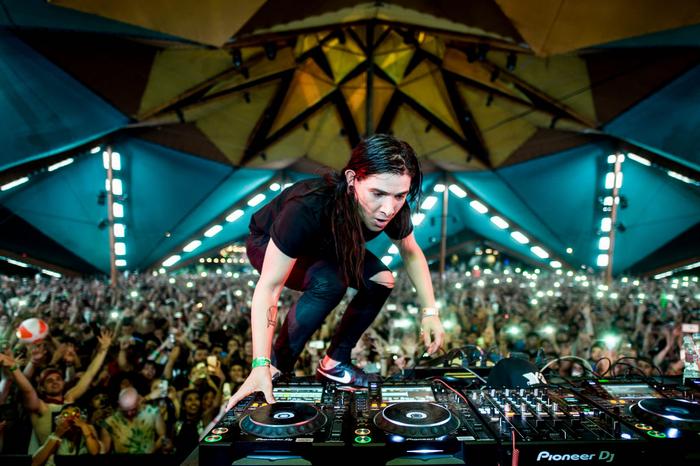 Earlier this year Pendulum released the tracklist for their upcoming remix album, which included many of dance music’s heaviest hitters. One of those heavy hitters was none other than dance music titan Skrillex. One of the most anticipated tracks from ‘The Reworks’ album was ‘The Island‘ remix by Skrillex himself. The track was initially released in September 2010, with Skrillex playing his edit since 2011. Today is a great day for Pendulum and Skrillex fans alike. Today saw the official release of the track, alongside the official music video.

The remix features some light reverb on the original vocal, including a groovy, tropical, reggae-infused rhythm on an easy to dance drum beat. Once the beat drops, that all goes out the window, and we are presented with the Skrillex take on Future Bass. It’s not what is expected from the bass music icon, but it works, and its great. In the buildup to the second drop, we are given some brass stabs, paired with some dirty 808’s. We then see the drop come around a second time, and it is just as good as the first. With a run time of 3:30, it is easy to leave this track looping on repeat.

While the full ‘Reworks‘ album is not expected to be out until June 29, 2018, a handful of tracks have already been released. Of the thirteen announced tracks from the album, only four are currently out, to include this Skrillex remix. You can check out both the official music video, as well as stream the track below.