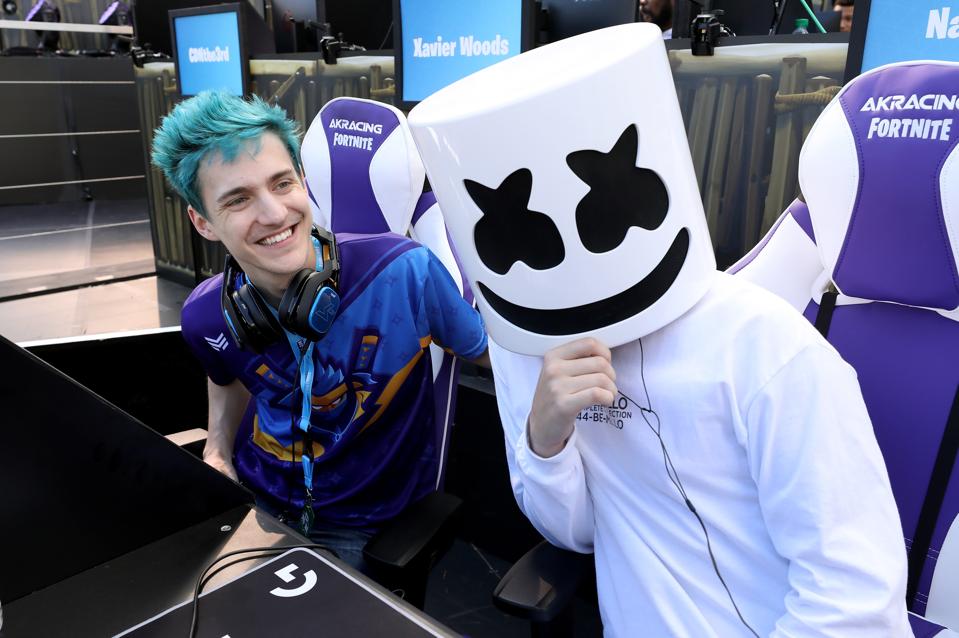 Marshmello‘s star keeps on rising, and he continues to show his versatility. The EDM icon made a guest appearance at the Electronic Entertainment Expo trade event taking place in Los Angeles. E3 showcases the latest and best in the gaming industry. It also gives developers and publishers the chance to introduce upcoming games and merchandise.

Marshmello popped up at the Fortnite Pro-Am along with other celebrities and athletes. He joined forces with eSports streaming heavyweight Tyler ‘Ninja’ Blevins to take down the tournament. The tournament was watched by over a million viewers online and hundreds in attendance. He stopped by YouTube headquarters and showed off his gaming talent along the way.

This e3 hype is so incredible be around. I thrive off high energy scenes. Just finished doing some cool stuff with @marshmellomusic and now grabbing dinner with @timthetatman and friends <3 also @Fwiz has amazing knees in this pic pic.twitter.com/DWBCe9oBnJ

With both the eSports and the electronic music world taking off simultaneously, it was only a matter of time before these two titans came together. As a result, the tournament win secured over $3 million for charity. Checkout Marshmello’s talent in the YouTube video below.