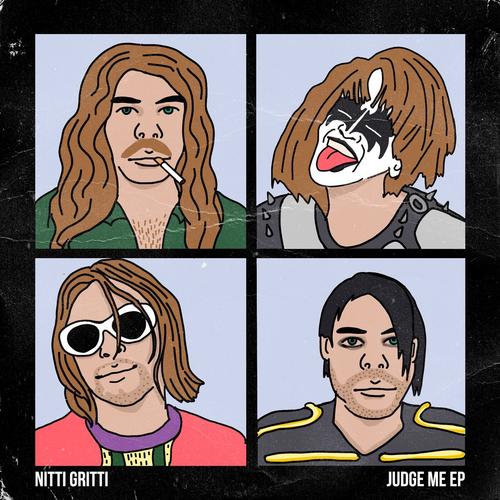 It is no secret that it is pretty hard for newer producers to make a splash these days. It appears that Nitti Gritti doesnt seem to be having that problem. Over the past year we have seen Gritti release bangers such as his track ‘In This‘ which is currently being played by most of dance music’s biggest names. Gritti is also known for some of his amazing remixes, such as his remix of Ellie Goulding‘s ‘Lights‘. Fresh on the heels of his newest remix, Gritti is back in a big way. Having previously released a good amount of bass music, it seems that Gritti is switching lanes a bit.

Nitti Gritti isn’t afraid to try new things, this can be seen of course from his track ‘Bailando‘. With his new EP ‘Judge Me‘, Gritti takes this one step further. Having tweeted “500 retweets and Ill drop this Rock EP next week”, the Miami based DJ/Record producer did just that. After receiving 500+ retweets, Gritti released his new EP which features four Rock songs.

Judge Me is unlike anything Gritti has previously released. The EP consists of four stellar tracks, each unique in its own right. The tracks are titled ‘Judge Me‘, Tell Me‘, ‘Money Bag‘, and ‘The Persistence Of Memory‘. The EP features the man himself on vocals, and it is only right to assume that he’s also the one behind each of the instruments. It’s plain to see that Nitti Gritti is literally a one man band. The EP can be streamed below, enjoy.