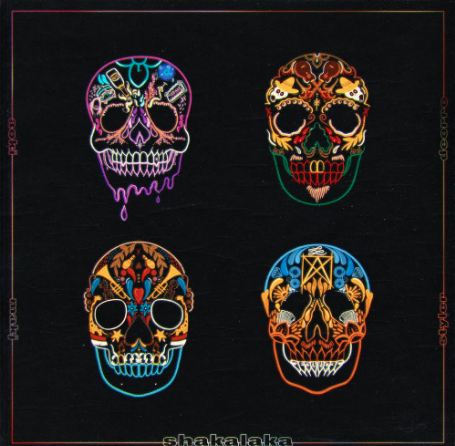 It’s been a while since we have seen the Dim Mak & Panda Funk Label heads come together on a track, but luckily for us, they have done just that. The two have teamed up previously in 2014 on ‘Freak‘, with Diplo. In 2016, we saw the two go at it again on the track ‘Be Yourself‘. The year is 2018 and the duo are doing it again with ‘Shakalaka‘, only this time they are bringing MakJ & Max Styler along for the ride.

The track starts hard and fast with the kick blaring, and an up-riser doing its thing. We are teased with a bit of bass, a stab here and there, and then the vocals come in. We get another riser, followed by a punchy snare build up and then finally the drop at 00:40. Taking influence from Psy-Trance, the first drop is reminiscent of Aoki’s previous release ‘Moshi Moshi‘. It reminds us of something Vini Vici would drop. The drop ends with a down-riser and at 01:15 we are gifted with what is unmistakably Deorro’s contribution to the mix, showcasing his proud Latin heritage.

The break features Folklorico type of Mariachi music, finished with a swell and followed by bass drop. The second drop is identical to the first, except that it is paired with some horns & some mighty brass stabs as well. The second drop finishes with a drum fill paired with a down riser, and followed be some hard kicks to end the track. With a run time of only 2:56, the track is easy to listen to on repeat. You can expect this track to be a mainstay in all four producers sets for a good while. You can check out the track in its entirety below. This one is an absolute banger, you have been warned.