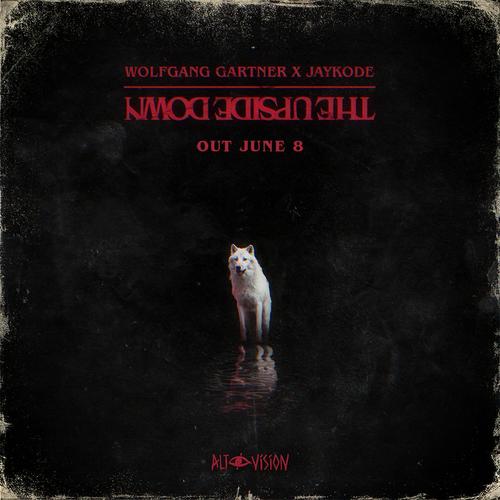 Wolfgang Gartner is back in full form, and this time he is bringing Los Angeles based DJ/ Producer JayKode along for the ride. In their newest track, the two producers truly bring it all, as they mesh their respective styles together bringing us ‘The Upside Down’. If your familiar with electro-house genre of the early to late 2010’s, then this track is definitely for you. Upon listening you can instantly recognize some of Wolfgang Gartner’s iconic electro sound. This track is at times very reminiscent of Wolfgang Gartner’s 2009 release ‘Wolfgang’s 5th Symphony’. With that being said it’s easy to see where Jaykode’s #ClassicalBass movement is getting inspiration from.

The track starts with an impact and airy atmosphere along with some low-cut pads. It comes with a small shallow riser, accompanied by a cymbal ride, and then the synth. Once you hear it, you can instantly recognize the Wolfgang influence and vibe that comes with it. Following a bit of melody, we get a couple of more modern sounds such as a punchy snare build up that leads us to a vocal fill, and followed by the first drop. If you were looking for a sample of what Classical Bass was, ‘The Upside Down’ is the prime example.

In the remainder of the track, you can hear a couple more unexpected influences, such as some Trap style breaks. The second drop is very fun sounding and just might induce a twerk or two. The third and final drop brings us back home and is almost identical to the first. With a runtime of just under four minutes, ‘Upside Down’ leaves little more to be desired. It’s interesting to see where these two go from here, as I for one, would love to hear another collab or two. You can check out the track below.