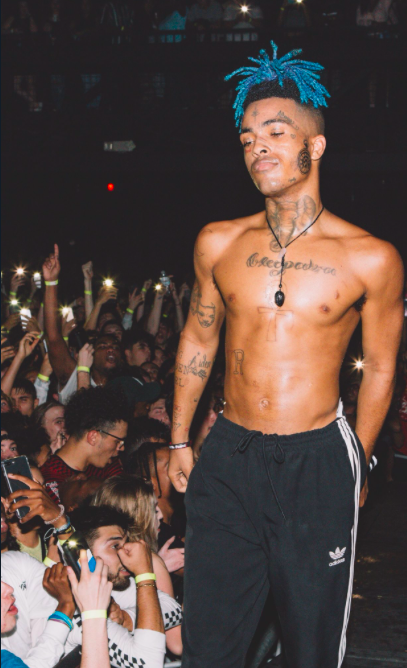 20 year old XXXtentacion, born Jahseh Dwayne Onfroy was shot to death while in his car just a few hours ago. The young rapper was best known for his track ‘Look At Me!’ which hit number 34 on the Billboard Hot 100 in 2017. Earlier this year, Onfroy released his sophomore album ? which debuted at number one on the Billboard album chart.

Recently, XXXtentacion was in the headlines when Spotify took his music, along with R. Kelly’s off their platform citing a “Hateful Conduct Policy.” They faced major backlash from  the public, other rappers and XXXtentacion himself. The platform ended up walking back on the policy and restoring his music. While the rapper undoubtedly had raw talent, he was also facing legal troubles involving witness tampering, false imprisonment and aggravated battery of a pregnant woman.

In the short time following his death, dance music celebrities have taken to social media to give their condolences. One of which is Diplo, who actually produced XXXtentacion’s song ‘Looking For A Star.’ 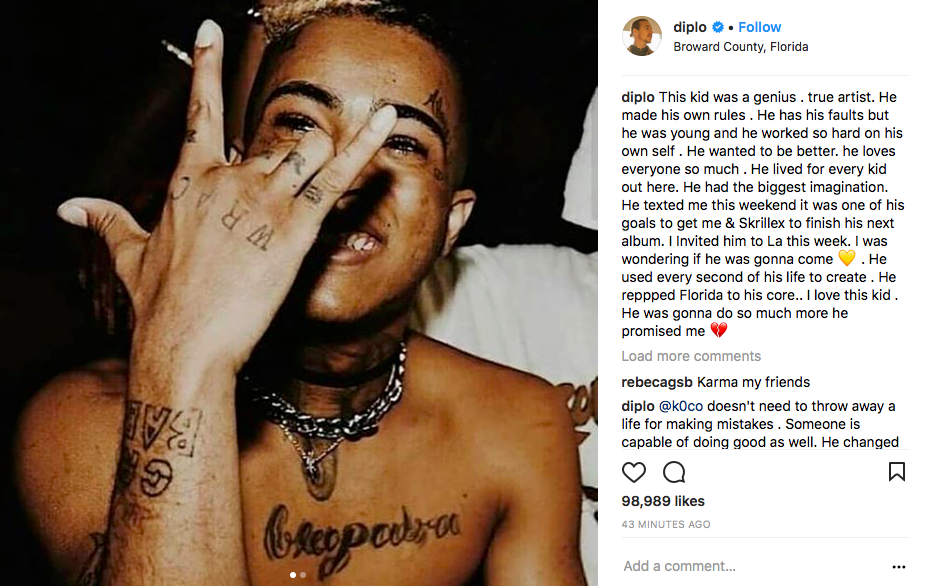 Our thoughts are with his friends and family.