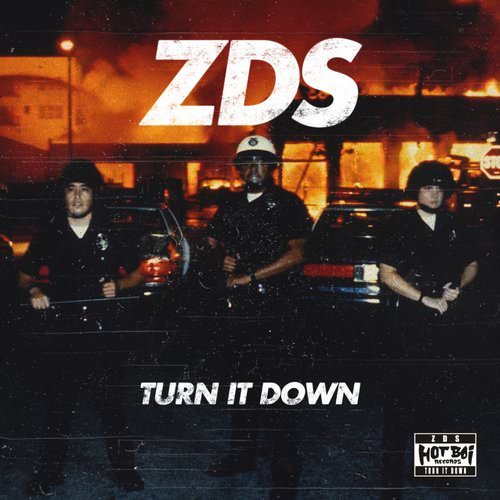 ZDS – Turn It Down

There are few names in the music industry that are as unique as Zombie Disco Squad. Nathaniel Self also sports one of the most individual and interesting sounds in the house music scene. Breaking onto the scene with ‘Rick James‘, his official releases are nothing short of perfection. With tracks on Toolroom, Dirtybird, and Suara, ZDS is ready to make his debut on option4‘s HotBOi Records. ‘Turn It Down‘ is equal parts house, disco, tech and funk – the perfect tune to get the club jumping at a moment’s notice.

Featuring cover art with three cops coming to shut down the party, you already know this track is going to smash. With a chunky, in-your-face bass line and a variety of eclectic percussive elements, there is no avoiding the energy in this track. The track is reminiscent of party moments where “when I turn it up” the cops come and say “better turn it down”. As the song drops in nice and heavy it’s clearly a big middle finger to the world, telling them you can’t silence us and our creativity.

‘Turn It Down’ is now out available to stream and purchase pretty much everywhere. You can give the track a listen in the SoundCloud link below. Let us know what you think about this instant classic by ZDS, out now on HotBOi Records!

ZDS – Turn It Down