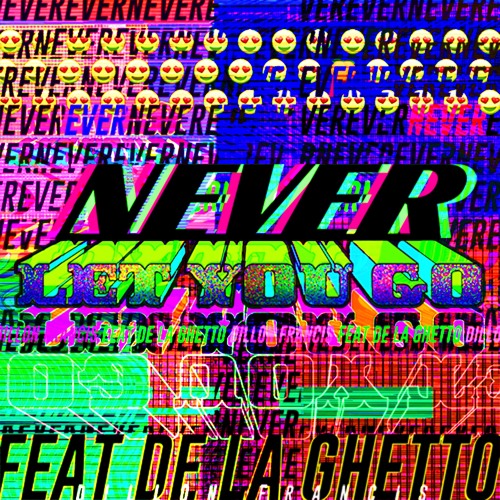 Out now is a sick new dancehall track from Dillon Francis featuring the sultry vocals of Latin American singer De La Ghetto. Unlike his previous hits, this song has a much slower tempo and is sung all in Spanish. Entitled ‘Never Let You Go‘, you will definitely want to jam to its refreshing summer vibe.

It starts off with a piano melody, introducing De La Ghetto’s key lyrics “I just want to hold you tight and never let you go.” At the breakdown, the beat crescendos into the drop and brings the reggae-esque feel. Halfway through, he hits us with a short rap that leaves us wanting more. If this is what dancehall music is all about, we are into it.

According to Dillon, he first started making this song when he decided to create a Spanish language album back in August 2016. He featured De La Ghetto because he wanted to work with artists his fans might not know of but also create music in an unheard language they can have fun to. Both understood the goals for the upcoming album and Francis had such great vibes with him. Expanding on his moombahton roots, they knew what it took to make caliber music. The album ‘WUT WUT‘ releases alongside this song on September 28th; you can pre-order the album here.

Listen to the track below or watch the music video here. What do you think of Dillon’s new style?