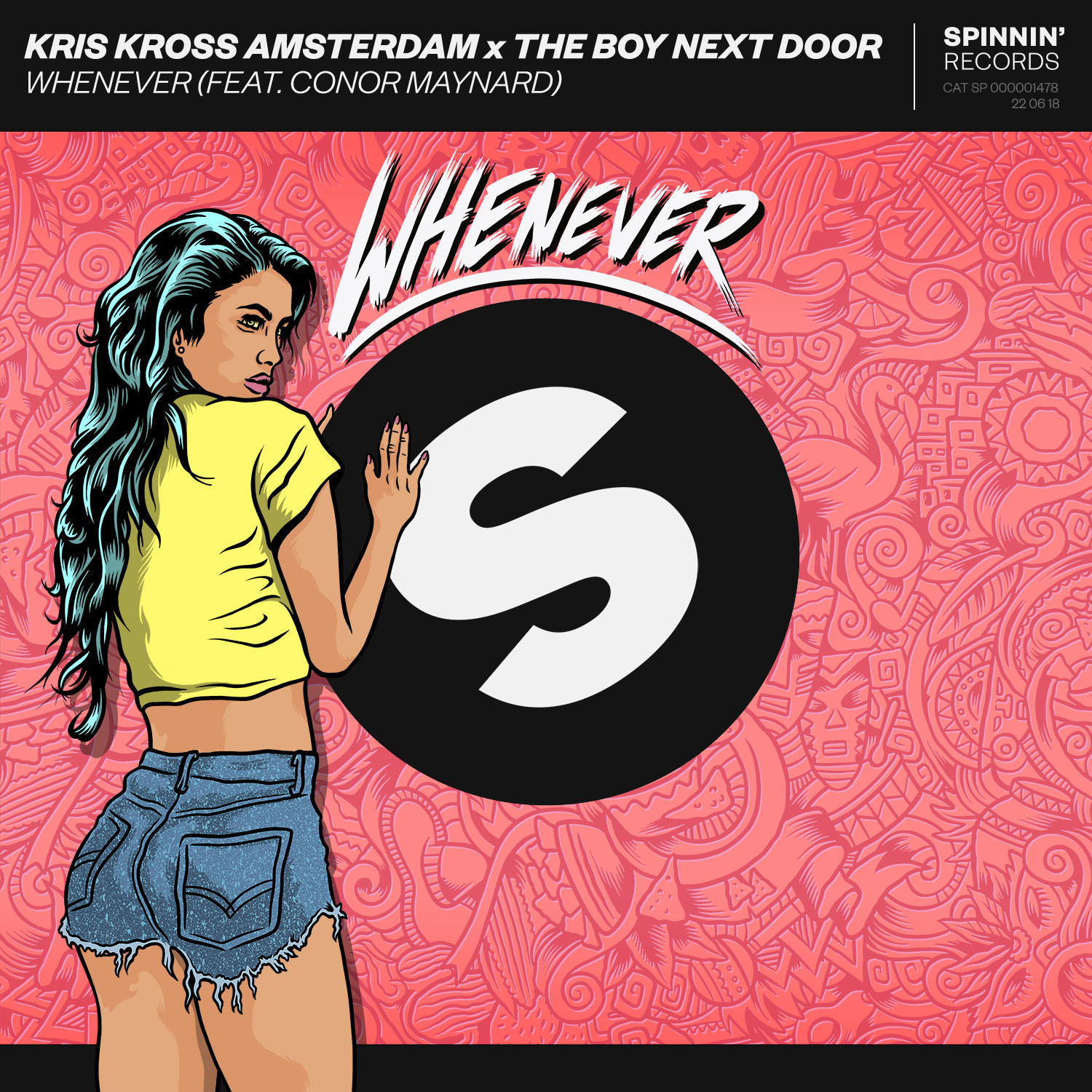 As part of EDMTunes ongoing interview series with artists from Spinnin’ Records we sat down with Kris Kross Amsterdam and The Boy Next Door. Their newest single ‘Whenever‘ featuring vocals from Conor Maynard is out now with tons of support from the international community. We asked them about their origins in music and coming together for this impressive track.

You can read the interview below for an inside view of ‘Whenever’ as well as some juicy personal details. And don’t forget to check out the official video for their newest single, located at the bottom of the interview! The first half of the interview comes from Kris Kross Amsterdam with The Boy Next Door following. 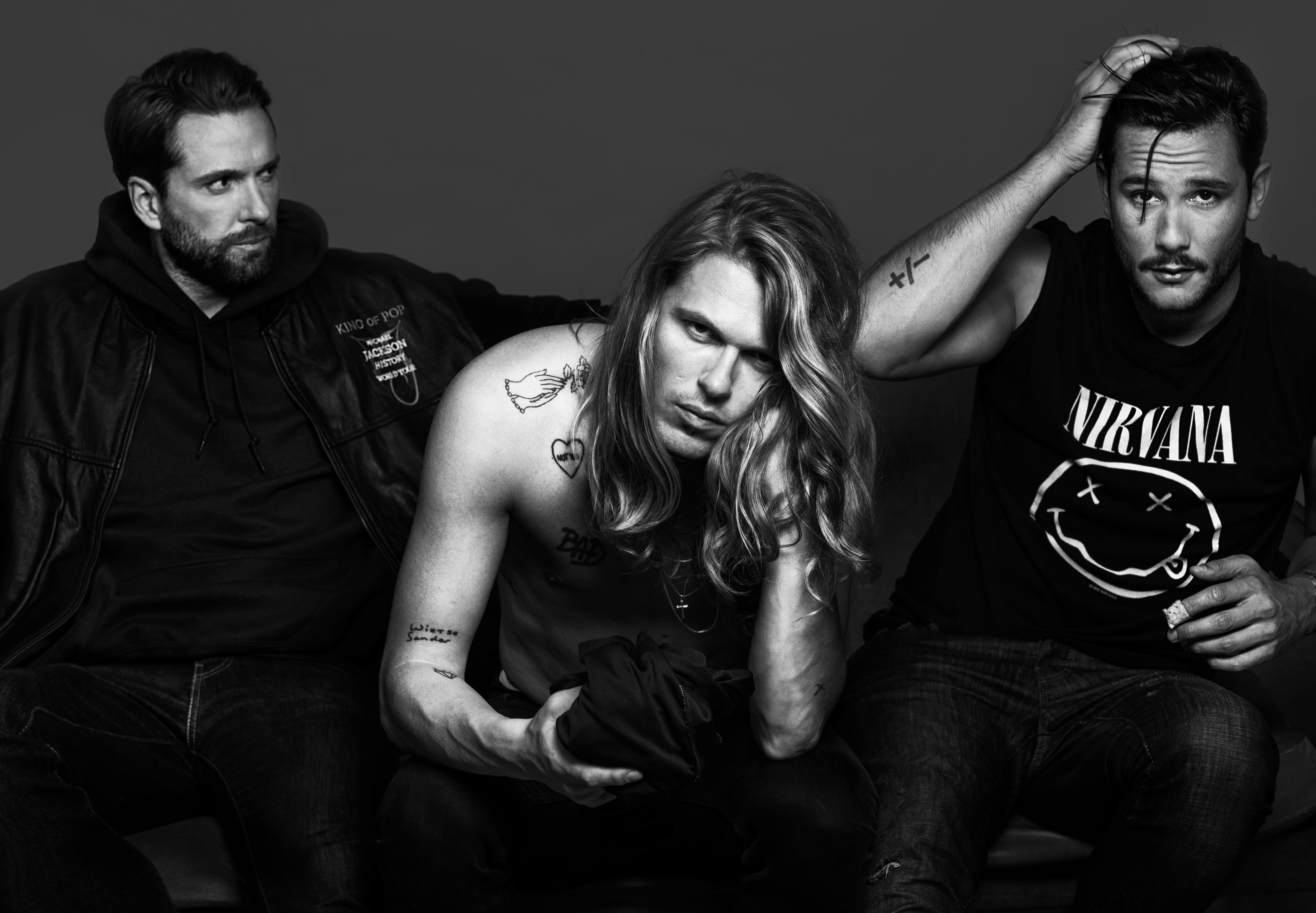 EDMTunes: Kris Kross Amsterdam hearkens back to the 90s rap duo Kris Kross. Three years after you formed KKA you added Yuki Kempees to your roster as an MC, rounding out your sound and overall performance. It’s pretty clear you guys appreciate a live vocal aspect to your shows. In your opinion what does incorporating an official MC change about your music or your performances.

Kris Kross Amsterdam: Actually we started out as an Amsterdam based party. We decided to name this party Kris Kross, as an tribute to the overall 90’s, it’s style and the music. But as the party became more famous in Amsterdam, we also got booked as the DJ Duo which threw the Kris Kross party. When Jordy was playing by himself he would just play as Jordy Huisman, but when we (Jordy & Sander) both played together; we were Kris Kross. Yuki was at the time MC for an other group, when we met each other on a stage. We asked him to join us. And he never left. The three of us decided to keep the name Kris Kross, but add Amsterdam to it, also as a tribute. We had noticed that the DJ world was evolving. Where there used to be just the DJ playing tunes, we noticed that the audience was looking for something more than just the DJ and his music. We want to blend a live performance together with electric sounds. Yuki is not a regular MC, he is not just hosting, or just being the master of ceremony (MC). Yuki is a live performance artist, so we see ourself not as a regular DJ act. We are a live performance act with electronic music.

Just 1 year after becoming a trio Kris Kross Amsterdam signed to Spinnin’ Records. In the three years since what has been the biggest difference in your careers with the support of one of the biggest record labels in electronic music? Has anything changed for you artistically since signing to a label.

KKA: A lot has changed. We still are the same guys from Amsterdam with a love for music. But we also had to evolve from a small stage in Amsterdam to bigger international stages around the world. Spinnin introduced us to the world and expanded our reach in a way that we had to keep up and really had to evolve ourself. In a way we kinda grew up in those three years.

Your new single ‘Whenever’ just got released on Spinnin Records. This collaboration with The Boy Next Door also features the vocals of Conor Maynard. How did you decide you wanted to work with TBND and Conor to produce this excellent track just in time for summer festival season?

KKA: Well, The boy next door came to us with the great idea to do the famous Shakira song. He already had a good take on it and could really sell us his idea. With that we joined forces and dived into the studio to really try to make a song worthy enough to be the remake of a great hit song. When we almost had the production fully ready, we had still worked with the first demo vocal. But we were really searching for that unique pop sound. We knew Conor Maynard from one of our previous songs “Are You Sure?” and really thought he would we perfect for this song. Of course there was doubt, should we do the same vocalist on another track? But then again why not, we wanted the best for this song and Conor is in our opinion the one who is fitted for ‘Whenever’.

If you could say anything to potential fans to describe yourself and your sound, how would you convince them to come see your set at a festival?

KKA: I think we are a mix between all genres and styles. We go Kris Kross through all music genres. We have a high energy level live show, where we can really surprise you in a good way.

So if you see us at a festival come and say hi, and let’s party!

The Boy Next Door 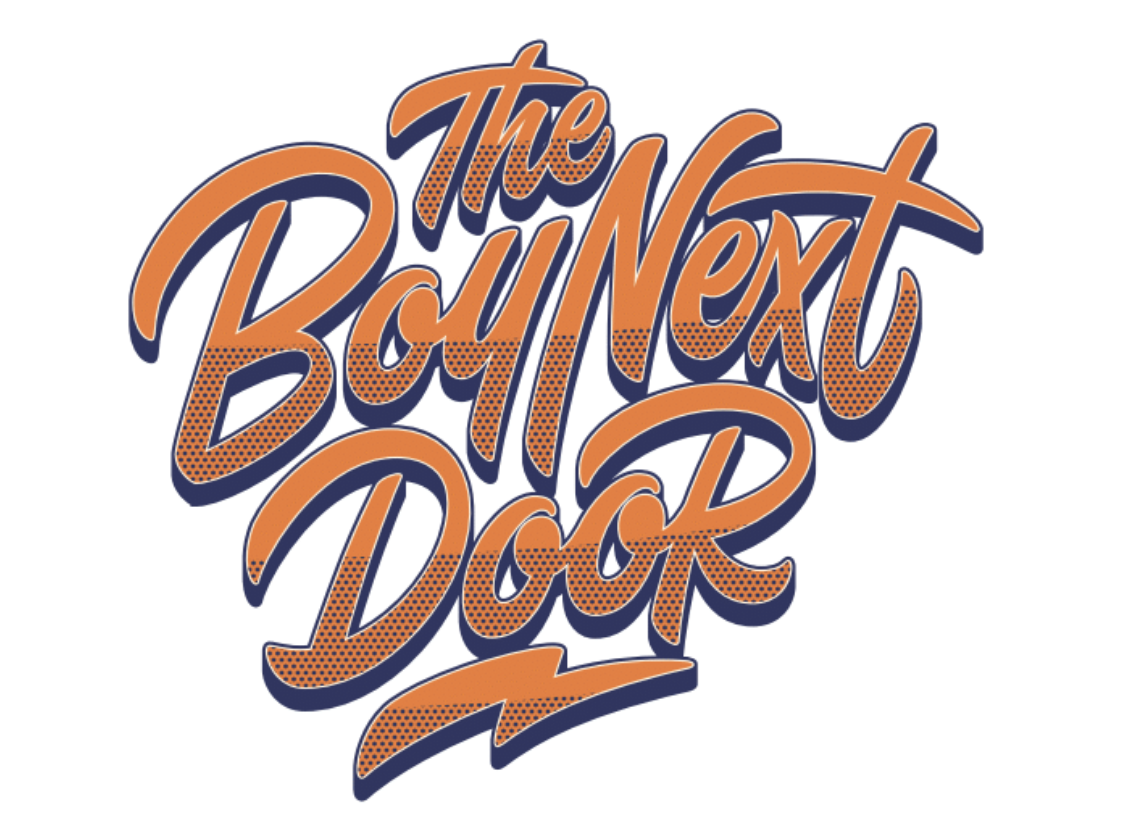 The Boy Next Door: The Boy Next Door is a Dutch DJ who loves to make the crowd feel good with a mix of urban, party & Bullshit. My Music and my sets are focussed on tropical summer vibes.

All of the tour dates on your schedule are in Europe. With the popularity that is sure to follow the inevitable success of ‘Whenever’ hopefully you’ll be branching out soon! Any chance you’ll be making a tour stop in the U.S. or anywhere else in the world this year?

TBND: I hope so, I would love the see more of the world and bring my music to different people on different continents. Behind the scenes we are working on the possibility of a tour outside of Europe. I think it would be awesome to do a tour with the guys of Kris Kross Amsterdam and Connor Maynard. There are so many beautiful places to visit, so I am excited to see where my music will bring me!

Your new single ‘Whenever’ just released on Spinnin Records. This collaboration with Kris Kross Amsterdam also features the vocals of Conor Maynard. How did you decide you wanted to work with KKA and Conor to produce this excellent track just in time for summer festival season?

TBND: It all started a year ago When I was looking for inspiration for the follow up of my summer hit ‘La Colegiala’ which did very well last summer. One of the first songs that inspired me, was the original version of Shakira’s ‘Whenever, Wherever’. I started working on the concept of the track. When I was happy with the concept I sent it over to Kris Kross Amsterdam, which I knew for a little while by then. We went into the studio together to produce the track. We brought the track to our label Spinnin’ Records, who then presented the first version to Shakira and Gloria Estefan, who wrote the song together. After eight months the track was finally cleared and we started fine tuning the track. Then the boys of Kris Kross Amsterdam came with the idea of asking Conor Maynard for the vocals on our track. After working with him on their track “Are u Sure?”. Conor was very excited and within 24 hours he recorded and send us the vocals. When we heard the vocals for the first time, we immediately knew this was going to be huge. I guess you can say “we’re meant to be together”.

If you could say anything to potential fans to describe yourself, how would you convince them to come see your set at a festival?

TBND: I get a lot of love from people all over the world and I really, really want to meet as many of them as possible and introduce them to more of my music.

Big ups to Kris Kross Amsterdam and The Boy Next Door for taking time to answer our questions about their careers and their newest release. You can check out the official video for Whenever featuring Conor Maynard below! Stay tuned in for our next Spinnin’ artist interview coming soon!