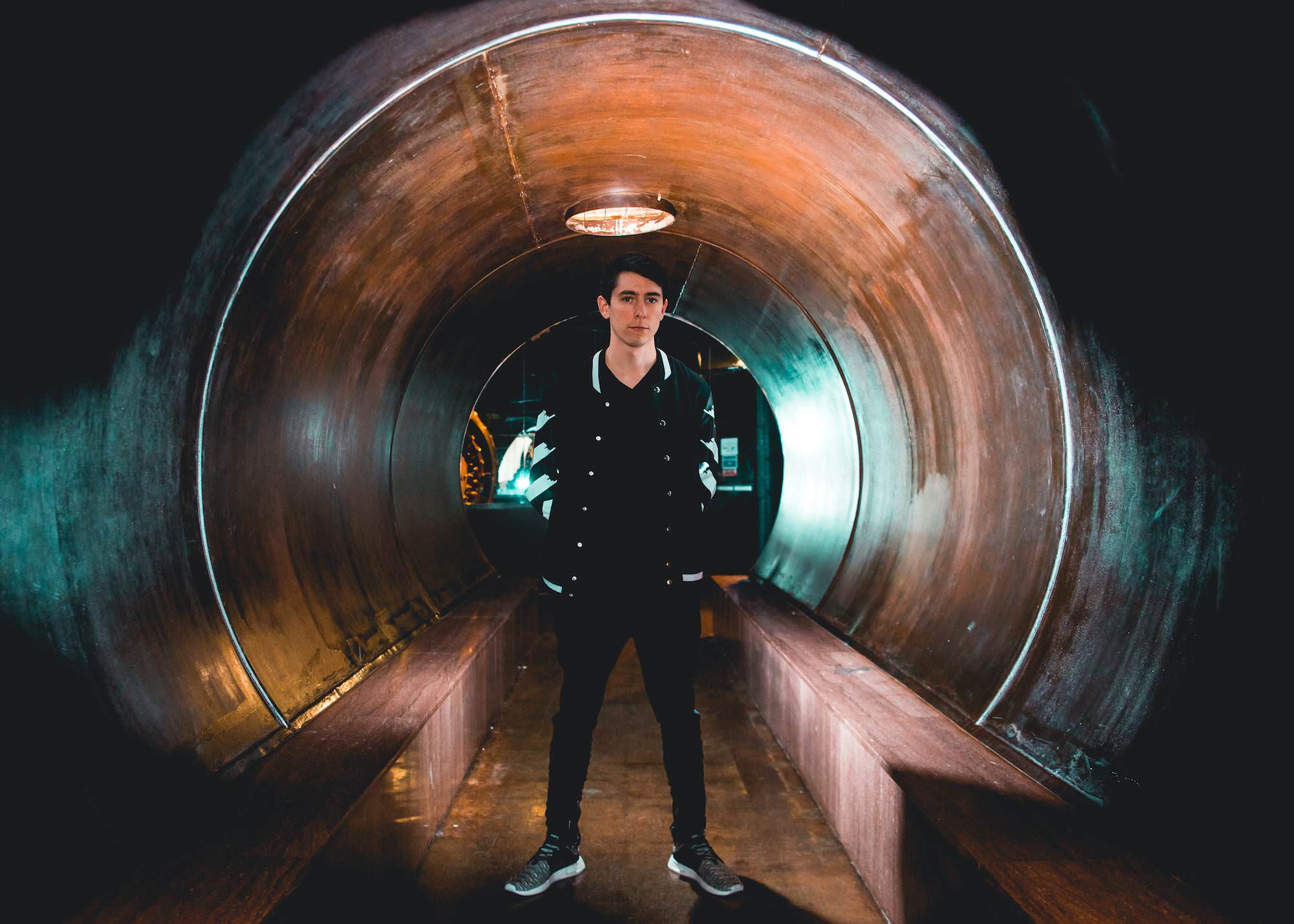 With the release of his incredible new EP EREBUS I, we got a chance to interview Notaker to discuss his inspiration, process and take on the new beat scene. Check out our full EP review here, and get inspired with a listen of the gritty story-telling designs.

David Nothaker is a Missouri native, and first came on the scene in 2015 with his single ‘Oceanview Dr’. Until now, his production style has had a more uplifting house and synthpop feel to it. With his new EP he takes a dive into deep space, exploring a storytelling format of a stranded spaceship over 5 tracks.

How would you say your sound has evolved from earlier releases to your new EP?

It’s gotten darker and more abstract with this new EP. I’ve been exploring the grittier more distorted textures in my sound and trying to write music in a less conventional manner. I think the result has been this abstract darker side of my style.

You have two collaborations on your EP, with Blackgummy and Eminence. What did you learn from your experience working with other industry pros?

Well interestingly enough, I began a collaboration with each of them separately around the exact same time and with the exact same song. One became ‘Corrupted’ and the other became ‘Machina’. It was really interesting to see how each record turned out so differently and how my style complimented my collaborators’ styles. It was a fun experience and a really rewarding creative lesson I think.

Were you actually in a studio together or were distance collaborating?

Very briefly, Iman and I went over a few ideas in his studio but mostly worked dropboxing things back and forth. Same thing for Dillon from Eminence when I visited the Monstercat HQ in Vancouver and got to work with him a bit. For a while it was weird for me to write music in front of other people, I always would over-analyze and couldn’t confidently try new things since I was used to working all by myself. Since I started streaming my productions on Twitch I think I might’ve gotten over that oddity.

What inspired the evocative story behind the tracklist and EP of the space crew?

My ideas were stemmed from the song mood themselves and from some of my favorite sci-fi films like 2001: A Space Odyssey, Alien, and Interstellar. I liked the dark parts of those films and wanted to use some of those concepts while still giving my story it’s own ambiguity and vibe.

You seem to be at the forefront of this “new beat” sound along with Rezz and 1788-L why do you think it’s become so popular?

I think it’s a fresh sound that’s been generally unexplored in the mainstream electronic realm. The range of which you can produce in this tempo range can be extremely gritty and heavy to really melodic and beautiful to calm, relaxing and atmospheric.

If you could pick anyone, who would you want to remix your EP?

Do you have any plans to run a full tour soon?

It’s in the works right now, don’t want to divulge too much about it yet.

What can you tell us about your next EP project?

It’s completed and the artwork is currently in progress, really excited about it but that’s all I’ll say for now.

How much have video games affected your sound? For instance your old track ‘Shimmer’ sounds like it could fit right into Chronotrigger, and you’re sometimes compared to Porter Robinson, who also draws heavily from videogames.

Classics like Ocarina of time and Earthbound are hard to not be inspired by, but I wouldn’t say they’ve inspired me to the extent that they’ve seemed to inspired Porter. I think a lot of my inspiration comes from my own personal experiences and what I’m into at the moment.

I’d like to take the chance to compliment you on the entire EREBUS I EP, it has that Interstellar vibe to it and you did your inspiration Hans Zimmer proud.

RE: Thank you so much man, I really wanted to make it different and throw in some of my non-dance influence. Thank you for doing the interview with me, it was a pleasure to go in depth on the EP with you. 🙂
Tweet
Share
Pin
Share2
2 Shares
Upcoming Shows