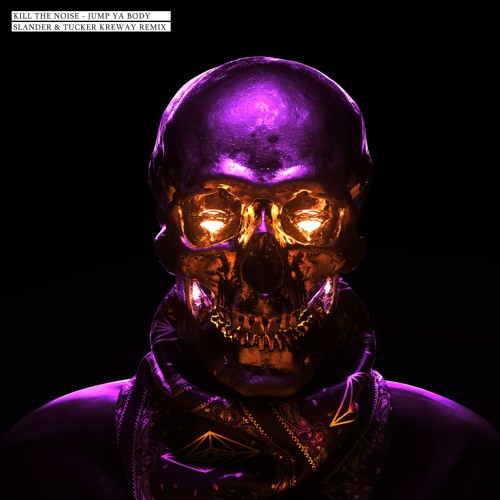 Derek Anderson and Scott Land have come a long way since the fraternity houses at UC Irvine. The duo comprises the mainstage sensation SLANDER and today sees the release of their latest remix of Kill the Noise‘s ‘Jump Ya Body.’ The team up also features Canadian young gun Tucker Kreway. The trap-centric SLANDER are notorious for their in-your-face style, gracing stages from EDC Las Vegas all the way to Tomorrowland.

With the release of their remix of KTN’s ‘Jump Ya Body,’ the combo pays tribute to a long time influence in their musical development. Giving a face lift to an already massive tune, SLANDER wanted to make it their own.

They had this to say about the project:

“Kill The Noise has always been a huge influence of ours over the years! After doing our remix for his album back in 2016 we knew we had to do another one sometime in the future and we felt ‘Jump Ya Body’ was the perfect song to update and put our spin on!”

The intro to their remix of ‘Jump Ya Body’ stays quite true to the original. It lulls the listener in with the reggae drums and the soulful vocal of Mercedes. From their, the talent of the boys truly shines through. The heavy, grinding drop hits hard with crisp, quick-cutting synth work. Hitting shelves in time for festival season, this grimey dance floor track will have headbangers salivating.

Checkout the full track on Soundcloud below. You can also download the track for free through this link. Catch the boys on one of their Summer tour dates and keep an eye out for a rumored North American tour in 2019!