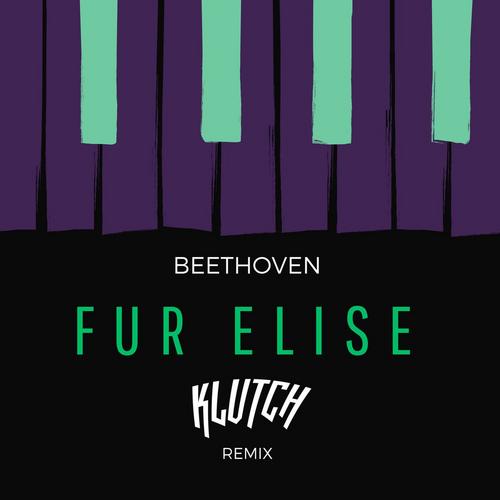 Mozart, Chopin, Beethoven, these are just a few of the world’s greatest composers. Their music has stood the test of time, and that isn’t going to change any time soon. Their compositions are true works of art and often called timeless. There are a few instances where an artist has successfully been able to remix such a track. It is quite challenging to remix a masterpiece, more-so to do it well, while also staying true to the original.

A few of tracks that come to mind are Terravita‘s ‘Bach Off‘, Wolfgang Gartner’s ‘Wolfgang’s 5th Symphony‘, Sound Remedy’s ‘Moonlight Sonata‘, and of course Tiesto’s  ‘Adagio for Strings‘. We can now add the Klutch remix of Ludwig van Beethoven’s iconic ‘Für Elise‘ to that list.

Klutch is a DJ/Producer from New Orleans, LA. Born, raised, and never having strayed from his beloved hometown, Klutch, whose real name is Andre Waguespac has roots in the Pop-Punk and Hardcore scenes of the mid-2000s. This is evident in some of his sound design.

With a run time of only 2:20, this track has literally been on repeat. If Beethoven were alive for just a day it’s easy to imagine that we just catch him head-banging to this. Having already garnered support on the track from Dubstep pioneer Rusko, it’s interesting to see where things go from here for Klutch. You can stream ‘Fur Elise’ below, and download it for free as well, enjoy.