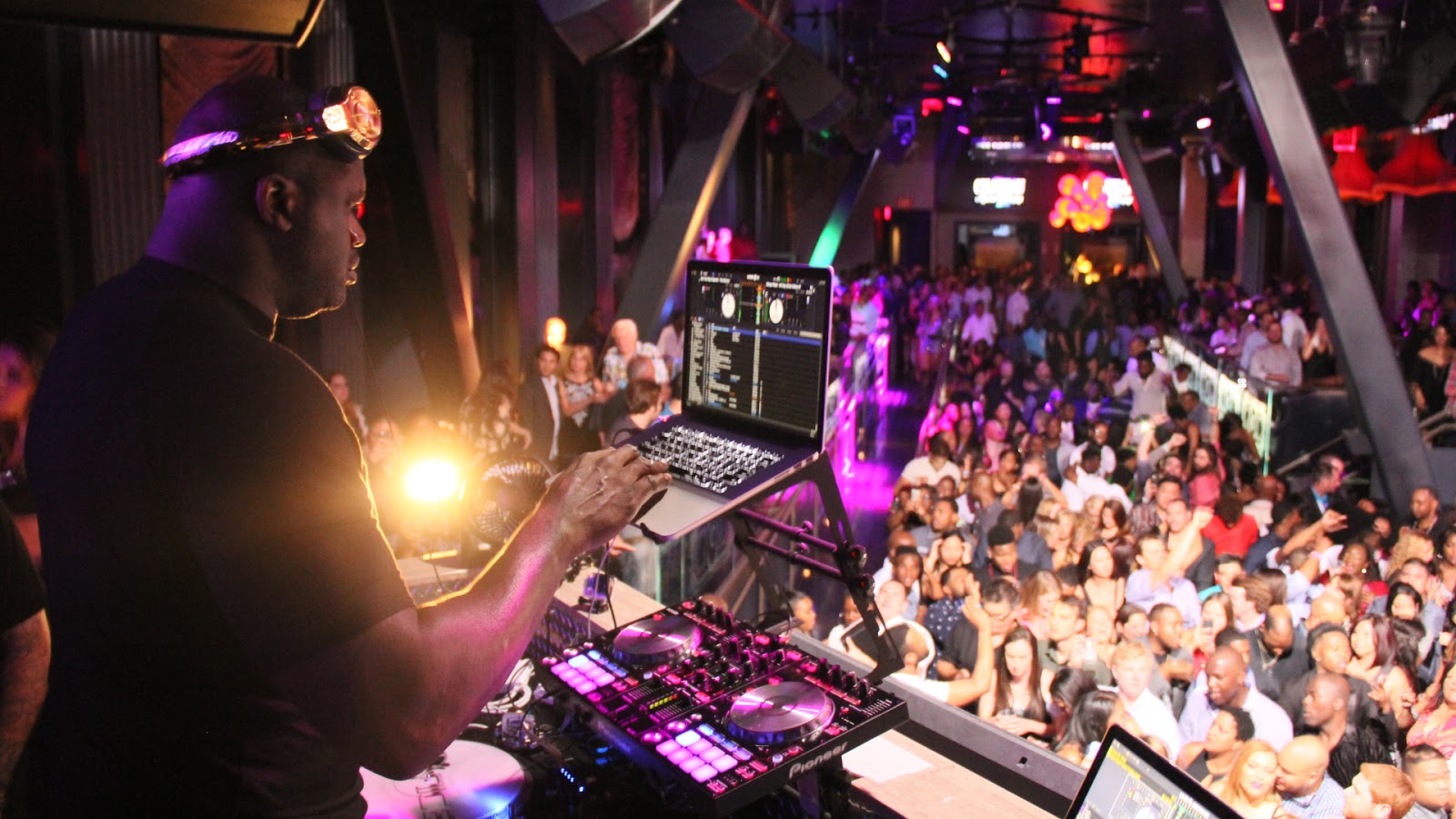 Now that Shaq, also known as DJ Diesel is embarking on a ‘Summer of Shaq’ tour this summer, his venues have some extra work to complete before his arrival. Shaquille O’Neal is an astonishing 330 pound 7-foot-1 giant, making it difficult for him to fit in many places.

According to Page Six, the Atlantic City nightclub has been working to lower the floor under the DJ booth by 2 feet, so Shaq doesn’t smash his head into the roof. With O’Neal arriving Saturday, a crew of carpenters have been vigorously working to ensure the booth is large enough. Originally, they wanted to rip the roof off the booth but an inspection revealed it was made of solid steel.

Shaq will be arriving to the club via helicopter this weekend, maybe to avoid a small car or plane! O’Neal, not new to the DJ world, has had a passion for creating music since the 1980s. Already a NBA Hall of Famer, we can’t wait to see where this path will take him!