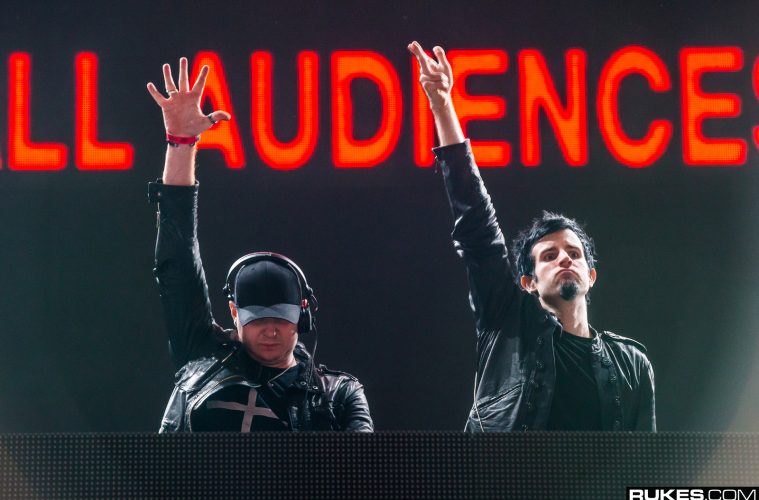 Whether you’re a diehard Knife Party fan, or simply an electronic dance music enthusiast, you are more than likely aware that the Australian duo has been hard at work promoting The Reworks. What some may be surprised to know is that a forthcoming Pegboard Nerds and Knife Party collaboration has recently been dropped, and it’s going to leave you wanting more!

Back in May, Rob Swire, vocalist and founder of the drum and bass and electronic rock band Pendulum, confirmed that the collab was complete. Fans were left curious and eager as they awaited the highly anticipated new ID to be revealed. Last month, the Pegboard Nerds played at the Dreamhack Austin, and truly delivered a memorable performance as they finally unleashed the new track

Although the new ID may have been played during Electric Daisy Carnival, there weren’t any clips to prove it. This time around, someone was able to record a quick video and we can’t thank them enough!

The fresh Knife Party collaboration showcases their electro house vibes beautifully. In addition, Swire’s vocals have been altered to add the ever-present suspense until the killer drop gets unleashed.

Dedicated followers have been patiently anticipating more information, including the official track name and release date. In the meantime, we will all have to be satisfied with the clip.