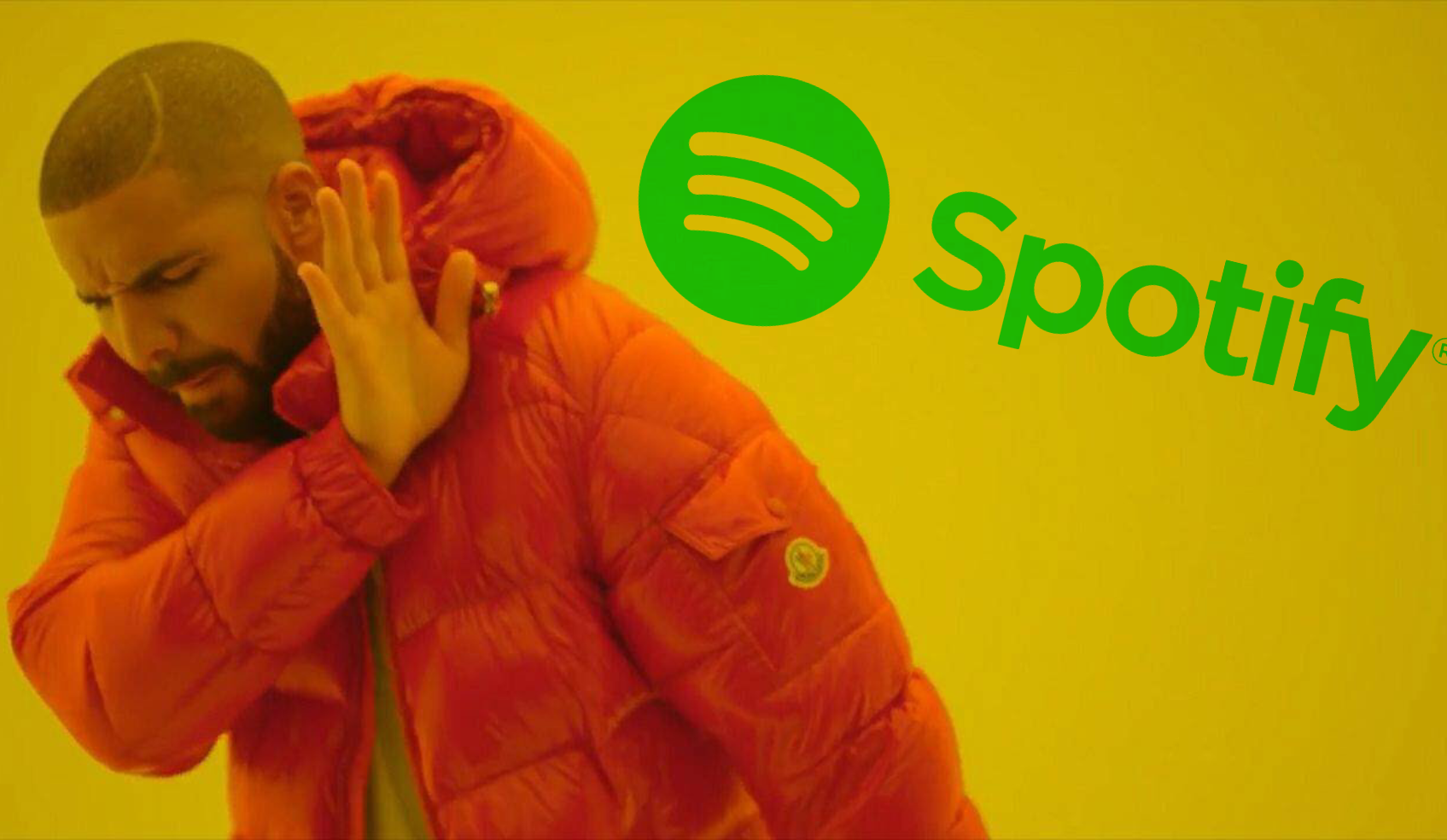 Leading up to the release of Canadian rapper Drake‘s latest release “Scorpion” it seemed like ads and promotion were all over the internet to get you hyped for the album. Spotify of course wanted everyone to know as well and when the album finally dropped it decided to take advantage and plaster Drake ads everywhere it could on it’s app and it seems now that users didn’t take too kind to that.

Reports have come in that Spotify users are now looking for refunds for the excessive Scorpion and Drake promotion that occured throughout their app. This is a prime example of what not to do when you want good customer retention.

Twitter users noticed this going on as well and took to their pages to give their thoughts on the issue.

Me: I'm looking for some good music..

Spotify: How about Drake?

Me: Eh.. Kinda in the mood for something else..

How do I block Drake from Spotify? pic.twitter.com/ALmfBmbhKr

Even Spotify themselves let everyone know there was a Drake for every mood.

There's a @Drake for practically every mood. #ScorpionSZN is here. Listen now on Spotify ?https://t.co/Gfa32R9WN1 pic.twitter.com/p1qbGsac88

As seen in the various tweets above, Drake was just about everywhere, on the cover of various playlists on the same day. On a good note though the excessive promo has paid off as Spotify has reported that the album has streamed over 10 million times every hour last weekend.

Unfortunately, now they especially still have to address the unhappy users that actually paid for their subscription and expected an ad free experience as promised.

Premium user here: My home screen is full of Drake who I don't give a damn about I'm not paying for that promotion s**t & I just realized that its extremely hard to communicate with Spotify support apparently spotify doesn't care to have satisfied customers @SpotifyCares #Spotify

The company has not made an announcement on the situation but users who have taken matters into their own hands and filed a complaint have reported that they were granted a refund for the inconvenience.

Spotify will refund you, if you see a lot of Drake on the app pic.twitter.com/6sHqNzjpzg