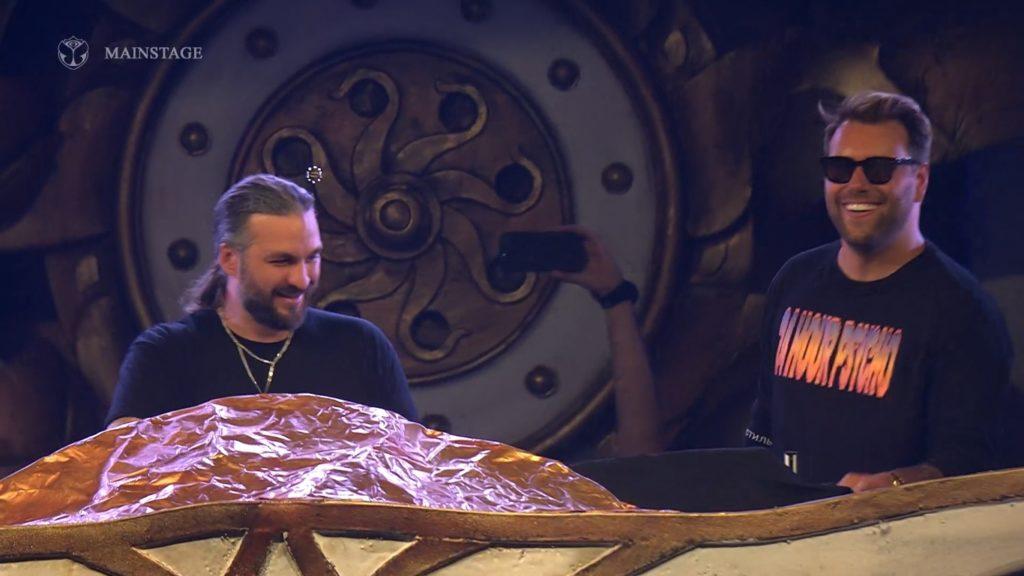 Tomorrowland‘s epic first weekend has now to come a close. As some fans are counting down the days until the soon-to-be legendary second weekend, many EDM-enthusiasts around the world are still reminiscing about the notable memorable moments that took place during July 20 to 22, 2018.

Among the long list of buzzworthy related news, including Salvatore Ganacci questionably mesmerizing dance moves, Steve Angello’s showstopping performance is at the top of our list.

The Greek Swedish producer set the vibe as he opened his set with ‘Rejoice‘ followed by the equally catchy tracks ‘Follow Me‘ and ‘Knas‘. Mixing things up by dropping his latest collaboration with Kryder entitled ‘Romani‘, he then dropped banger after banger including an impressive mashup with ‘Liceu‘ and ‘Spectrum‘. Angello certainly provided a memorable set for all.

However, if the tracks themselves weren’t enough to please the viewers, the next surprise definitely was!

We are thankful that we get a week to recuperate – that first weekend was just way too magical for words. Check out the special performance below.

Listen to the full set below: